The Transportation Department’s watchdog asked the Justice Department to criminally investigate Elaine Chao late last year over concerns that she misused her office when she was transportation secretary under President Donald Trump but was rebuffed, according to a report released Wednesday.

The report said the department’s inspector general found that Chao used her staff and office for personal tasks and to promote a shipping business owned by Chao’s father and sisters, in an apparent violation of federal ethics rules.

But when the inspector general’s office referred its findings to the U.S. attorney’s office in Washington and prosecutors at the Justice Department who focus on public integrity cases, both declined to bring charges, the report said. 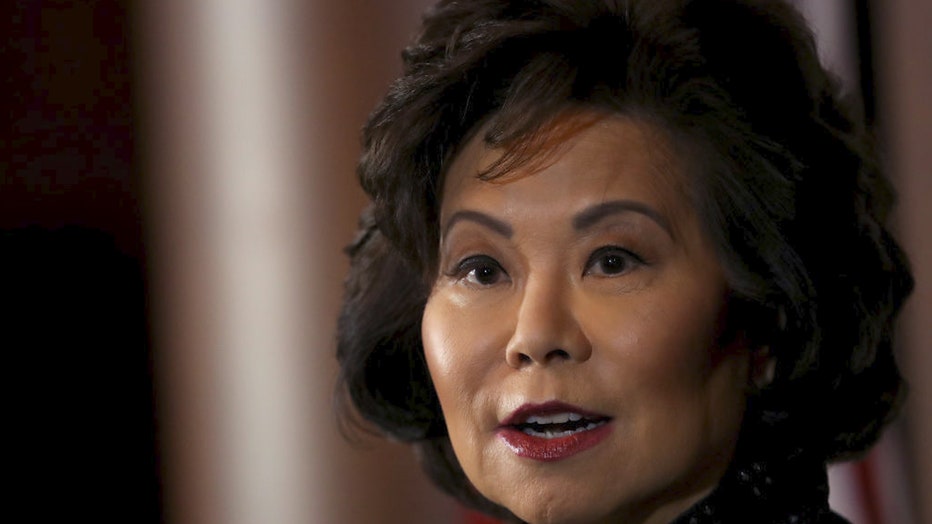 "A formal investigation into potential misuses of position was warranted," deputy inspector general Mitch Behm wrote in a letter to lawmakers.

Chao, the wife of Senate Republican leader Mitch McConnell of Kentucky, stepped down from her job early this year in the last weeks of the Trump administration, citing her disapproval over the Jan. 6 insurrection at the Capitol by Trump’s supporters.

Chao has denied wrongdoing. In the report released Wednesday, she did not specifically respond to allegations, instead providing a September 2020 memo that argued promoting her family was an appropriate part of her official duties at the department. The shipping company owned by her family does substantial business with China.

"Asian audiences welcome and respond positively to actions by the secretary that include her father in activities when appropriate," that memo said.

The watchdog report cited several instances that raised ethical concerns. In one, Chao instructed political appointees in the department to contact the Homeland Security Department to check personally on the status of a work permit application for a student who was a recipient of her family’s philanthropic foundation.

Chao also made extensive plans for an official trip to China in November 2017 — before she canceled it — that would have included stops at places that had received support from her family’s business, the New York-based Foremost Group. According to department emails, Chao directed her staff to include her relatives in the official events and high-level meetings during the trip.

"Above all, let’s keep (the Secretary) happy," one of the department’s employees wrote to another staffer regarding Chao’s father. "If Dr. Chao is happy, then we should be flying with a feather in our hat."

The report found that Chao also directed the department’s public affairs staff to assist her father in the marketing of his personal biography and to edit his Wikipedia page, and used staff to check on repairs of an item at a store for her father.

The IG report said Justice Department officials ultimately declined to take up a criminal review, saying there "may be ethical and/or administrative issues" but no evidence to support possible criminal charges.

RELATED: Gov. Kemp says he would 'absolutely' back Trump 2024, despite Trumps' calls for his resignation

As a result, the inspector general's office said in the report it was now closing its investigation "based on the lack of prosecutorial interest" from the Justice Department.

Rep. Peter DeFazio, D-Oregon, chairman of the House transportation committee, who requested the investigation, expressed disappointment that the review was not completed and released while Chao was still in office.

"Public servants, especially those responsible for leading tens of thousands of other public servants, must know that they serve the public and not their family’s private commercial interests," he said.