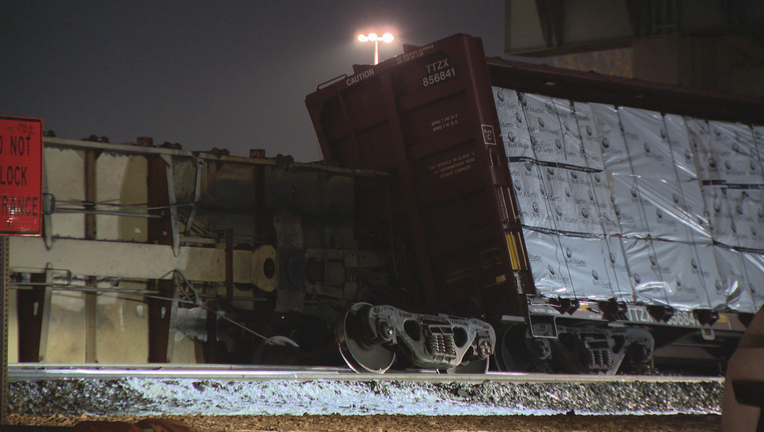 It happened near the large Union Pacific rail interchange known as Tower 55 south of downtown. Several cars derailed and three rolled over.

It appears none of the cars were carrying hazardous material. One carried lumber and the two others had new cars.

The cause of the derailment is still under investigation.