In this week’s Trackdown, police in Mesquite need help from the public in their search for a violent robber that struck a Family Dollar.

MESQUITE, Texas - In this week’s Trackdown, police in Mesquite need help from the public in their search for a violent robber that struck a Family Dollar.

“He grabbed one of the clerks here. We were just very fortunate that she cooperated and he got what he wanted,” said Mesquite Police Det. Shawn Hanley. “We had a young Hispanic male, probably about 15 years of age, slender build. He entered the store.”

Police say the store is very important to the surrounding neighborhood since many rely on the Family Dollar to buy groceries and other essentials.

“He was kind of hanging around. At first, they thought he was just shopping,” Hanley said. “Then towards the end, they started getting a little suspicious of him.”

Police say the man went to the register with a bag of chips. As the worker got ready to ring up the sell, he pulled a knife out from his right pocket.

“The knife is described as kind of a hunting style knife with a white handle,” Hanley said.

After the clerk ran, the man pushed up on the assistant manager and forced her to open the money drawer. He then grabbed the cash and ran off.

“He left on foot, and he went back eastbound towards 635,” Hanley said. “I believe that tells me he was on foot, which tells me he may live in this neighborhood.”

The robber was last seen with jeans, a winter jacket and a unique winter hat. 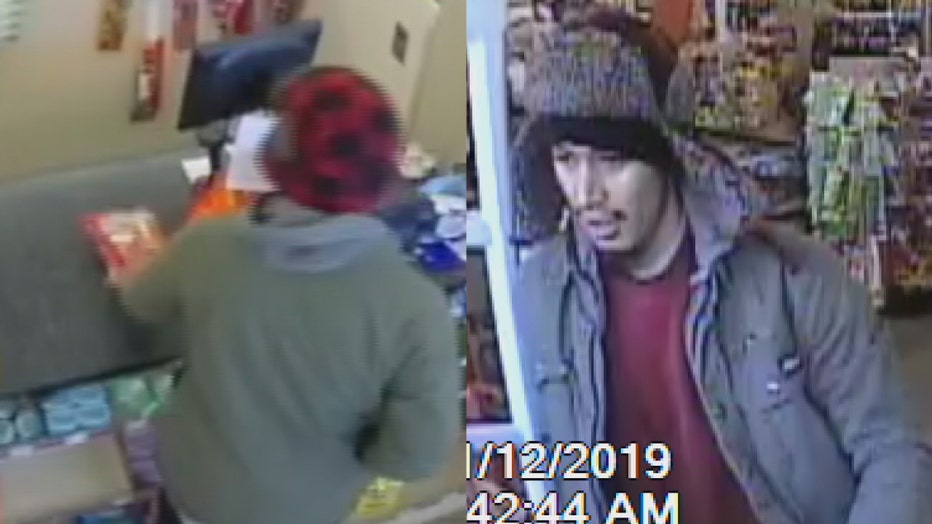 The Family Dollar robber wore a red and black plaid trappers winter hat. He had a thin mustache, some chin hair and long sideburns.

“It’s vital that somebody gives us a call,” Hanley said. “I realize nobody was injured this time. Nobody was killed this time. But it doesn’t mean that it won’t happen in the future.”