BALCH SPRINGS, Texas - Balch Springs police have turned to FOX 4’s Shaun Rabb to help Trackdown a man who exposed himself to the clerk at a busy gas station.

The incident happened on Nov. 12 around 4 a.m. at the QT store on Lake June in Balch Springs.

Video shows the suspect park his car as if he was about to pump gas before entering the store.

“It was a white GMC pickup truck. Late model GMC. Newer vehicle. It did have paper tags on it as well,” explained Balch Springs Det. Greg Mosley, who works crimes against children, the elderly and sex crimes. “A gentleman exits the driver’s side of the vehicle. Enters into the store.” 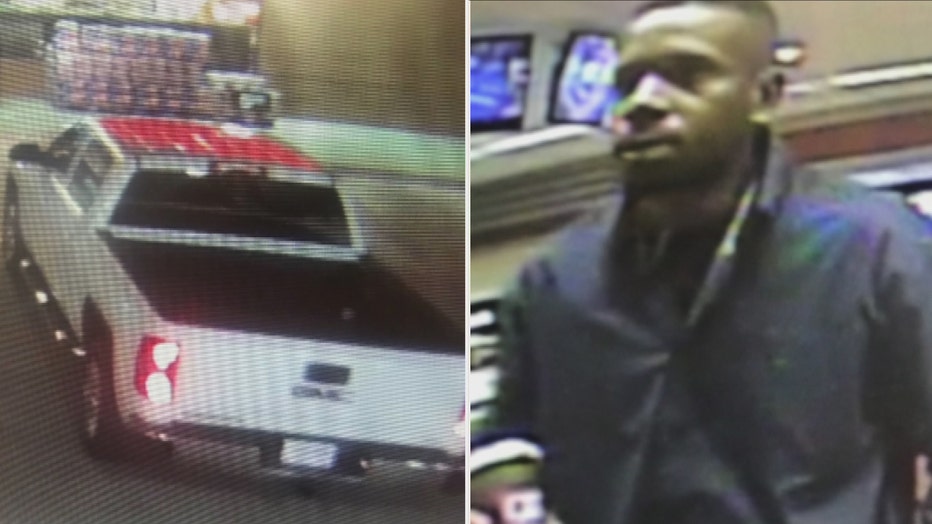 The man could be married since he’s seen with a ring on his finger. He had a bald fade hair on top with a deep part or scar on the left.

“He goes into the coffee area. Grabs some coffee,” Mosley said. “There’s one employee inside. A female inside. She's working.”

The man was after more than coffee. He was touching himself as he slithered up behind the clerk.

“You see him getting the coffee,” Mosley said. “Then he goes over to the condiment area, where he looks as if he's adjusting himself.”

Not aware of him, the clerk kept working. He then walked to the counter as he watched her.

“And begins to walk around the store as if he is trying to get the attention of the employee,” Mosley said.

The man walked to the cash register with his pants undone and unzipped.

“He goes up and pays for his coffee,” Mosley said. “At that point, the female employee recognized that he had his private area exposed. So she just gave him his money and then he exited the store.”

Police say the man didn’t say anything to the clerk.

“Didn’t make any contact or make any gestures towards her. He just clearly you can see he had his privates exposed,” the detective said. “My concern is that he's going around doing this in several different places. We need to find out who this guy is because if he's that bold… he did it here at 4 a.m. in the morning with traffic coming in and out. I think he's done this before.”

Det. Mosley knows these types don't stop and can become more aggressive with their ugly acts unless they're caught.

Anyone with information is urged to call Det. Mosley at 972.557.6028 or email him at mosley521@balchspringspd.com.