Dallas police are seeking the public’s help identifying men who were part of a crime last month.

DALLAS - The worst winter weather this week didn't stop homicide detectives from searching for their suspects.

Dallas PD Detective Chad Murphy is seeking the public’s help identifying men who were part of a crime last month.

In this week’s Trackdown, police provided FOX4’s Shaun Rabb with the very dramatic video of a shootout that happened back on January 17.

The shooting took place in the 2800 block of Storey Lane, and left two people dead.

In the video, Det. Murphy said a man is seen running to a truck after a confrontation at a nearby apartment complex.

"He's sitting there for approximately six minutes before running to the truck that had the flat tire," the detective said.

Seconds later, while he's asking the pickup truck driver for a ride, a Mercedes pulls up with an armed man in the back seat.

"Back left passenger gets out of the Mercedes. They engage in gunfire," Det. Murphy said.

The innocent pickup truck driver is hit in the shootout but survives, while the man being chased from the apartment complex loses his life.

But his bullets hit the man who was shooting at him, who falls, gets up running, is picked by the men in the Mercedes, and then taken to UT Southwestern.

The Mercedes and its occupants were caught on tape while pulling into the hospital’s emergency room bay. 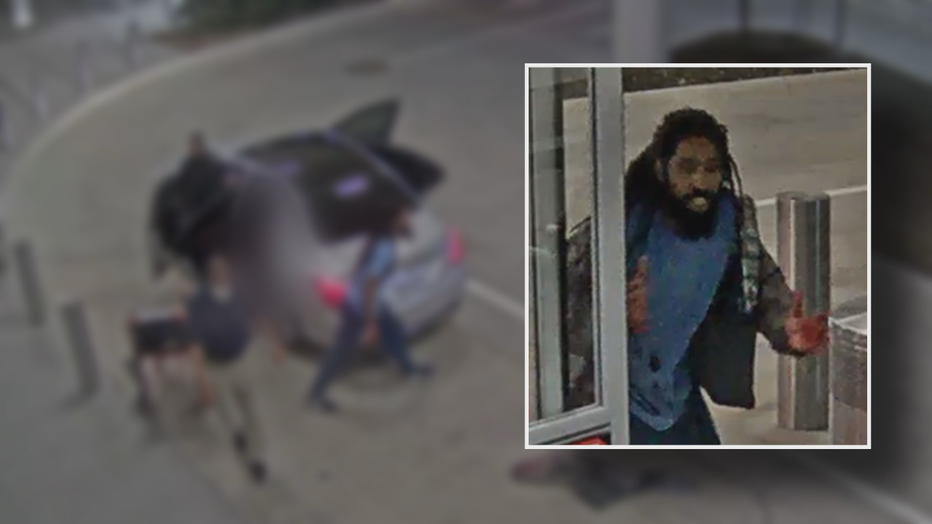 Det. Murphy is asking anyone who recognizes these men to call him at 214-283-4934 or email chad.murphy@dallascityhall.com.