In this week’s Trackdown, Dallas police have asked for help finding the killer of a man who was gunned down as he was leaving an East Callas area night club.

DALLAS - In this week’s Trackdown, Dallas police have asked for help finding the killer of a man who was gunned down as he was leaving an East Callas area night club.

The shooting happened in a parking lot teeming with people as the club was closing, and surveillance video shows people scrambling for cover and cars tearing out.

Many people called 911 when the shooting happened, but none have given details to the detective trying to track down Reginald Agnew Jr.’s killer.

Tropics Club was the spot where the shooting happened, with hundreds in the parking lot as the celebrated the club's 10th anniversary.

The club is located in the 3700 block of Dilido Street in East Dallas, just north of I-30, between Buckner Boulevard and Saint Francis.

It was almost 2 a.m., closing time, on September 14, and cars were rolling in the parking lot as clubgoers were coming out, while others were in groups talking.

Dallas PD Detective Patty Belew said Agnew was apparently unaware what was about to go down.

“As he was coming out, he was accosted by a what I know is a black male, and he was shot,” the detective explained. “He was shot in the back several times.” 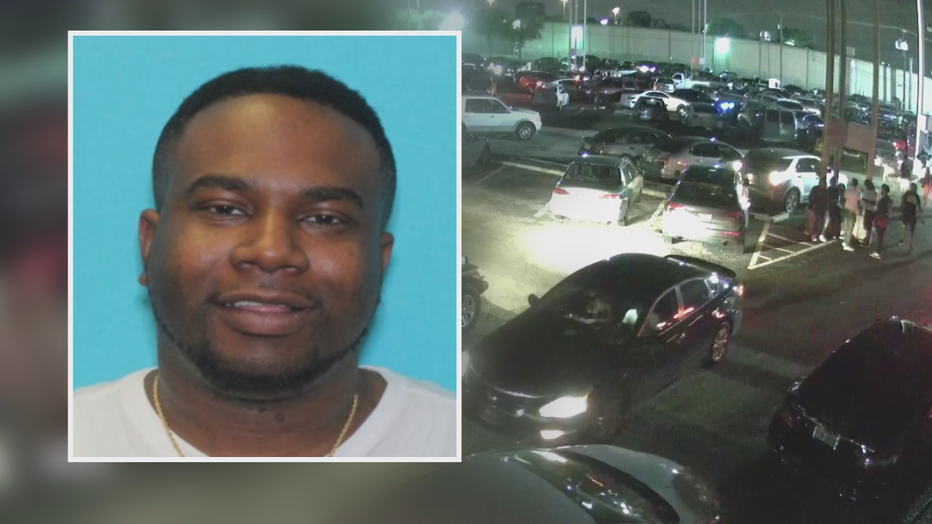 Video shows that as bullets were being firing, people were ducking and running. Drivers that were pulling up started peeling out to get out of harm’s way.

Police and paramedics get there fast.

Two people were shot. One survived and had a story to tell, while Agnew died in the parking lot.

“People tried to give him a little CPR, but they could see that he was taking his last breath,” Det. Belew said. “Some people were standing right here by this post, so I know that they saw the shooter.”

While they saw a lot, nobody is saying a word to police.

“I had multiple 911 calls that people called. I know there’s some who saw something. One of the callers stated they saw everything, so I need that female right there to give me a call and tell me what she saw,” Belew added.

“He has a loving mother and he has a loving sister,” the detective said. “It helps the family get a little justice and a little peace from their loved one’s death.”

Crime Stoppers is putting up reward money for information in this case.

Those with information are asked to call or text Det. Belew at 214-422-9275 to help solve Reginald Agnew Jr.’s murder.