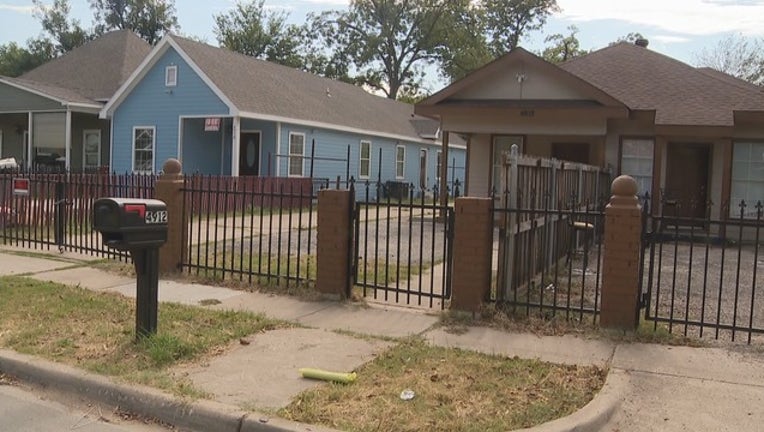 DALLAS - The 4900 block of Terry Street in east Dallas has been gripped with fear since a drive-by shooting took a man's life.

That murder is the focus of this week's Trackdown.

Some people who lived in that block have moved out. The drive-by was the second murder in two weeks at the same house that was converted into a three-plex.

Three different families lived in the home that was converted into a trio of small apartments, and at least that many families have moved from the block.

Police hope someone can tell them find who belongs to the car that brought murder to Terry St.

"The only way we're going to catch these people is for witnesses to come forward," said Dallas Homicide Detective Jacob White.

White is straight up about needing help on the drive-by shooting at on Terry St. back on Sunday, September 1, just after 4 p.m.

Lidio Alcantara is the name of the victim who was shot and killed.

"He is from Mexico. He was up here working, sending money home to his wife and his child," Det. White said. "From what I'm hearing, hard working man. Stayed to himself, just happened to be in the wrong place at the wrong time."

Alcantara was among those living in the trio of living spaces at the house.

Det. White doesn't think Alcantara was the target of the shooting, the house, though, is no stranger to trouble.

"About 10 days prior to this offense there was another murder at this same house," Det. White said. "That occurred in the unit in the back of the house."

Alcantara was just inside the front room when the bullets started to fly, and police are searching for at least two people for this deadly drive-by shooting.

"I have a driver, and surveillance video shows that there's an individual in the back seat, who I believe is going to be the shooter," Det. White said. "[The vehicle] comes in off Munger. It drives past the house. It briefly stops, at which point, shots rang out, and continues on to Fitzhugh, makes the block and heads southbound on Munger."

Det. White is counting on help from the public to find Alcantara's killer.

"I need the public to help. Like I said, I know people out here are scared. We've had people move out because of this, but I'm hearing that there were potential witnesses who've witnessed this but are scared to come forward," White said.

[REPORTER: It's important for people to know if they talk to you, you can do your work without giving them up."] "That is correct, yes," Det. White added. "And that would be great. That way, we can bring some closure to this family."

Crime Stoppers is offering a reward in this case.

Help track down the drive-by shooters caught on tape, but still at-large.