In this week’s Trackdown, Dallas police are hoping for some tips to help identify and find three men involved in the October 3 murder of a 38-year-old man who was shot to death in his mother's front yard.

DALLAS - In this week’s Trackdown, Dallas police are hoping for some tips to help identify and find three men involved in the October 3 murder of a 38-year-old man who was shot to death in his mother's front yard.

A home surveillance camera shows video, and while you can't make out much about the shooters, the car seen in the video, a white Mercury Grand Marquis, is what police want people to focus on.

The killers also shot the man's puppy when they were leaving. 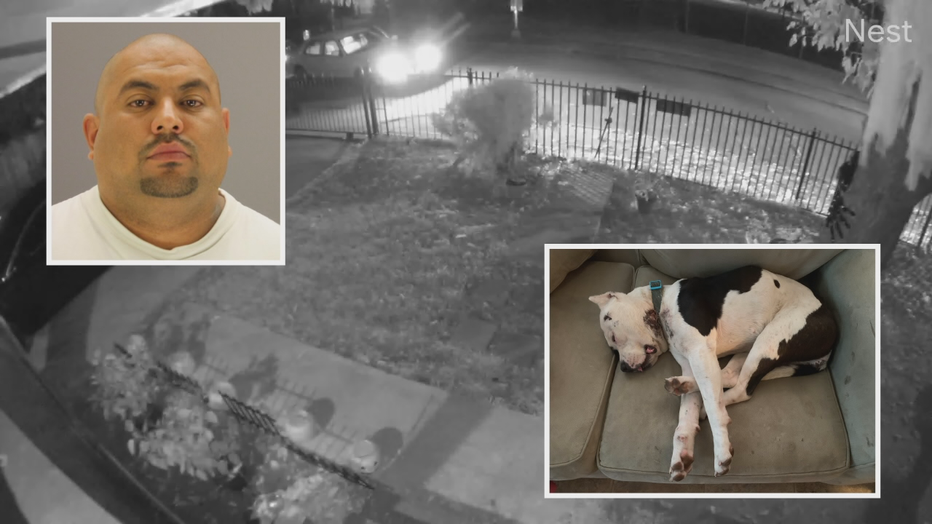 Leelineo Esquibel always joined other family on weekends at his mother’s house.

That’s what he was doing on Oct. 3, when three men approached and opened fire, killing Esquibel and shooting his dog

“He goes by Leroy for short, that’s what his friends call him,” Dallas PD Det. Sayers said. “[He] was sitting outside with his friends enjoying the night.”

He was in a group in the front yard of a home in the 3100 block of Conroe St. in West Dallas.

“One of my witnesses said a black male came walking up here asking questions, asking where a certain location might be, and they told him you're on the wrong street and kind of shooed him away,” the detective said.

Minutes later, a car came driving by, and that’s what investigators said is key to this Trackdown.

“It’s been described as a white Grand Marquis with possibly a tan rag top, maybe a red stripe down the side and tinted windows,” Det. Sayers explained.

The car, though, was a distraction.

“Two black male suspects came walking up right up here with masks covering up their identity, and just started unloading. One of the witnesses said, you know, what this is about, and just started shooting,” the detective said.

The home surveillance video shows one man running for cover.

The driver of the white Marquis gets out, comes to the passenger side to open the door for the shooters, its locked.

He then goes back to his side of the car.

“He hears more gunfire, so he runs up here and joins the other suspects, then they start shooting again,” Det. Sayers said.

Esquibel is dead, and as the suspects leave, they shoot the dog

“The last shot you hear is where they shoot the dog,” the detective said. “It’s heartless to kill a human being, but then you shoot his dog on top of it. And it’s just a puppy, just a two-month-old puppy, and they shot it too. So it seems like it was personal.

Detective Sayers wants people to get personal with him, and let him know who drives that early 2000 white Mercury Grand Marquis with a tan rag top and maybe a red stripe.

Crime Stoppers is also offering a reward for information.

Help find the trio who killed a man and shot his dog.