DALLAS - In this week’s Trackdown, Dallas police have asked for help to find the person who shot and killed Anthony Patterson in South Dallas.

Patterson borrowed a car to run an errand, and Dallas PD Det. Derick Chaney said the gunman was looking for someone else who'd been in that same car.

“I think this was probably mistaken identity,” Chaney said. “My investigation revealed this vehicle was involved in some type of criminal activity before Anthony Patterson took possession of it.”

The 47-year-old victim lost his life in a case of mistaken identity during the early morning hours of August 6. 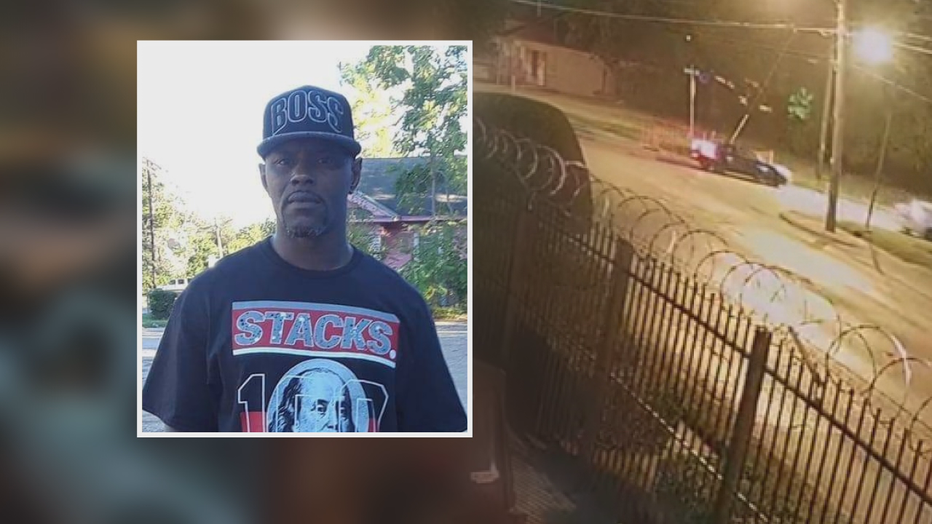 Surveillance cameras caught the car Patterson was in, along with the shooter’s vehicle, crossing the DART tracks from Scyene to Pine.

“As they went to proceed across the intersection, suspect fired several shots to the driver’s side of this white Dodge, striking my victim,” Chaney explained.

[REPORTER: “Does it appear Mr. Patterson knows someone may be following him?”]

“Never, I don’t think he ever knew. He was minding his own business, probably having a conversation with the witness in his car, when this car pulled up on the side,” the detective anwered. “He never saw it coming.”

Det. Chaney said he is hoping the public can help find the owner of the blue car.

“I believe this car is from this area, or frequents this area, and if they know this car, they know who drives this car,” he said. “I need the citizens of Dallas to give me a call and help me bring justice to Mr. Patterson and his family.”

Anyone with information about this fatal shooting is asked to call Det. Chaney at 214-283-4804.

Crime Stoppers is offering a reward for information.