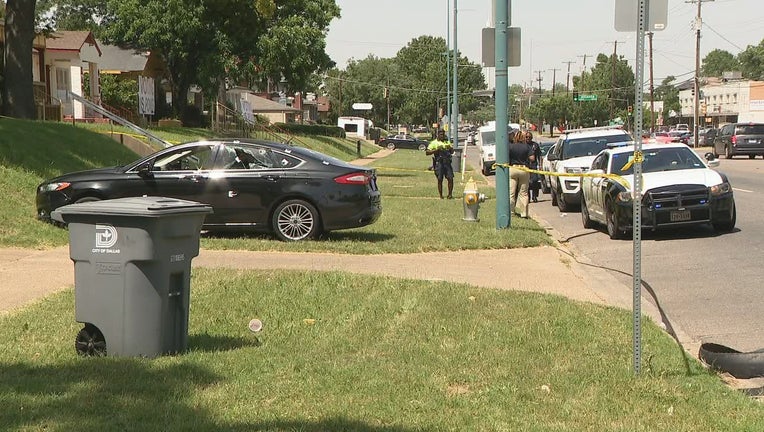 DALLAS - A fight during a funeral in South Dallas led to a man getting shot and three officers taken to a hospital for evaluation and treatment.

When they got there, police found an adult man with a gunshot wound sitting in a wrecked car. A crowd of people tried to attack the man.

In an attempt to keep the crowd back, two officers suffered minor injuries. The third officer was exposed to the victim's blood and taken in for an evaluation.

The shooting victim's condition is unknown.