Thousands of evacuees from Hurricane Laura still living in Dallas as Delta approaches the U.S.

DALLAS - Hurricane Delta is taking aim at some of the same communities still cleaning up from Hurricane Laura six weeks ago.

This is just really piling on for some folks, who had to deal with the pandemic, then losing their homes, and now are in for more uncertainty.

Some whom have lost their homes are worried this will just further delay their ability to get back.

If you just glanced at one parking lot in Dallas, it might seem like you’re in Louisiana.

Just about all the people coming and going are Louisianans, like Jamar Lee.

“A lot of us are frustrated. We want things back to normal, but it’s going to be a while before it gets that way,” he said.

Frustrated because while they are surrounded by fellow Louisianans, they are living in Downtown Dallas.

Roughly 1,800 evacuees are still staying at three Dallas hotels, without a place to go back home. 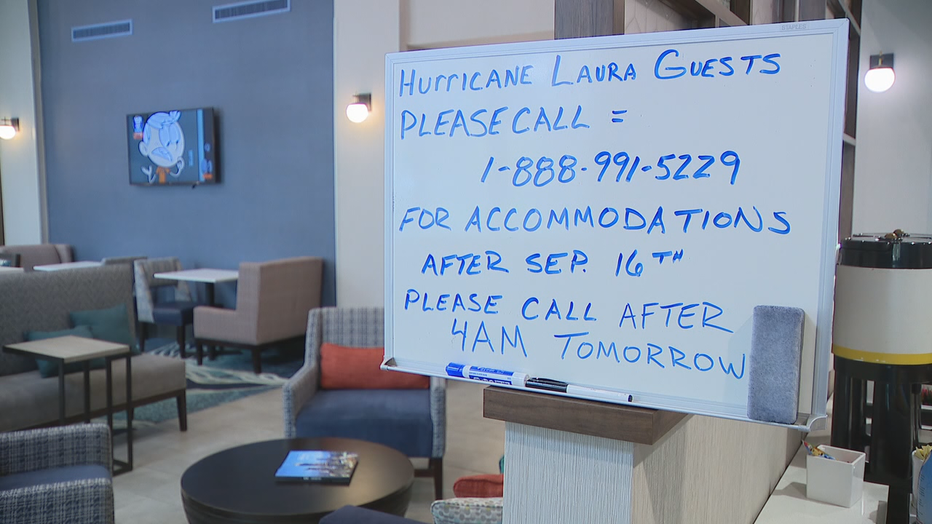 “Oh, it’s torn up, its mowed, the roof gone. A lot of our houses look like a pile of matches on the ground,” Lee explained.

“The bottom line is it isn’t just if your home is damaged, the community is damaged. There’s no resources there,” Tia Allen added.

The difficult situation these evacuated families are in is now more uncertain with Hurricane Delta bearing down on southwest Louisiana.

FEMA officials note that many homes remain covered by tarps in Lake Charles and utility systems are fragile.

It’s a back-to-back event for volunteers, too.

“So we’re looking at finishing up our response to Laura this week, and at the same time, we’re finishing that up, Delta’s right there on top of us,” said David Wells, interim director of disaster relief for Texas Baptist Men.

He’s ready to deploy again, and worried about the people in Delta’s path.

“That’s going to be a challenge, how do they cope with another disaster that they are just now trying to figure out what way is up from that,” Crutchfield said.

While those who have yet to return are grateful for the help they have received.

There’s no substitute for home, which they hope avoids another direct hit.

“We’re used to the everyday routine, but we still miss home, we miss the food, we miss the people, we miss our culture, you know,” Lee said.

One thing Lake Charles evacuees have said is that they don’t feel there’s been much media attention on the city and the help it needs.

Obviously, there’s has been a lot going on this year.

While they hope the storm isn’t bad, they are hopeful it reminds people of the help needed in that area.