The school’s band and football team are not letting what happened Sunday stop them from focusing on moving forward.

DALLAS - This is homecoming week for Thomas Jefferson High School students, but it has been filled with power outages, down trees, and students moving to a new building following Sunday’s tornado.

The school’s band and football team are not letting what happened Sunday stop them from focusing on moving forward.

Both groups plan to heal through music and football.

It’s hard to call a place nine miles away from your school home, but the Thomas Jefferson HS football team and band are making the most of this difficult situation. They are putting tragedy behind them and focusing on what makes them happy.

During times of total destruction, you find joy in things that were recovered. 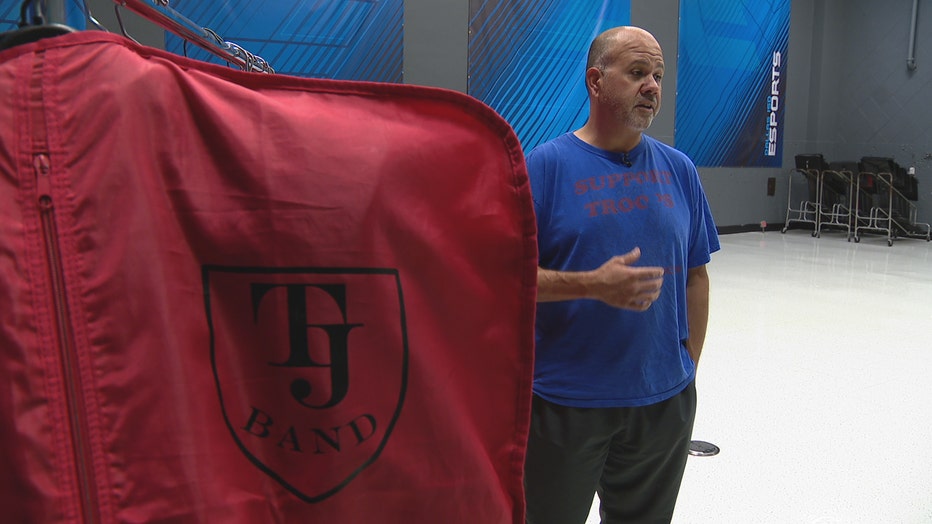 “I was really shocked the band hall was in such good shape after what I saw approaching the campus,” Thomas Jefferson Band Director Bob Romano said.

The path of Sunday night’s EF-3 tornado made multiple Dallas ISD schools buckle from its strength.

“Cary Middle School is gone, the gym we used to go to is demolished. Is that the Dollar Store? You can't even tell. It seriously looks like a war zone,” Romano added.

While most of Thomas Jefferson High School was heavily damaged, on this homecoming week, the band room was spared. 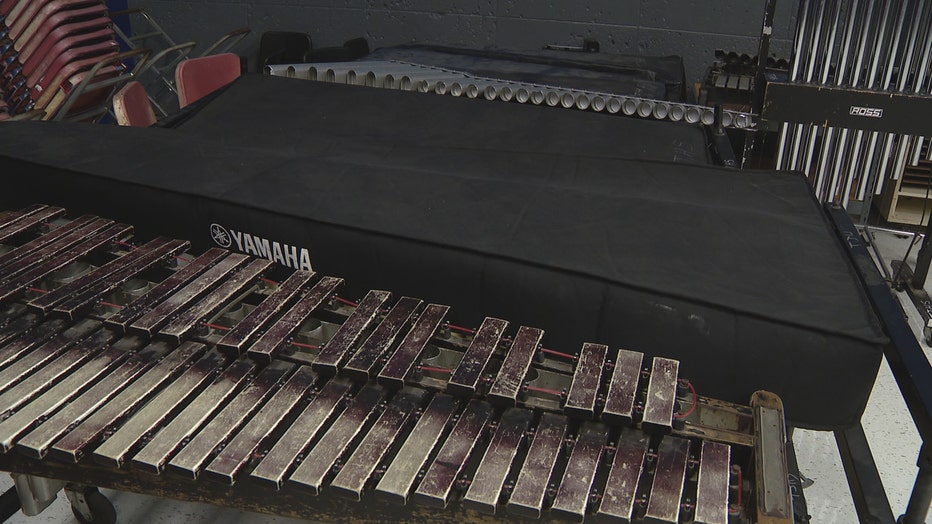 “How lucky is that,” Romano said.

When Romano and others entered the band room Thursday, not one instrument was damaged by the storms, and every stitch on the students’ uniforms were intact.

Crews packed up the instruments and brought them to Thomas Edison Middle School, the new home for TJ students. The band will have their first practice Friday.

“I haven't even told them yet, so they are going to walk in tomorrow and see all of this and be surprised,” Romano said. It's a little emotional, because [the instruments] become their babies. I heard them talking about it today. ‘Oh, my baby. My instruments.’”

Thomas Jefferson High School in Dallas was hit hard by Sunday's tornado outbreak. But that isn't stopping the football team and band from celebrating homecoming.

Another part of the Patriots team is also preparing for homecoming.

“Saturday is showtime,” said Head Coach Kendall Hill. “We got a lot of stuff that had happened to us. Being displaced. Being moved to another school.”

The TJ football team was only able to salvage a few items for the game.

This week, SMU stepped in and donated cleats and gloves. Dallas Mavs owner Mark Cuban donated $100,000 to the Dallas Education Foundation so that schools like Thomas Jefferson can get help.

Cowboys owner Jerry Jones and his family also stepped in to help. The money raised from last week’s 50-50 raffle will be earmarked for tornado disaster relief.

The more than $44,000 will be added to the prize money from the November 10 game against the Vikings. 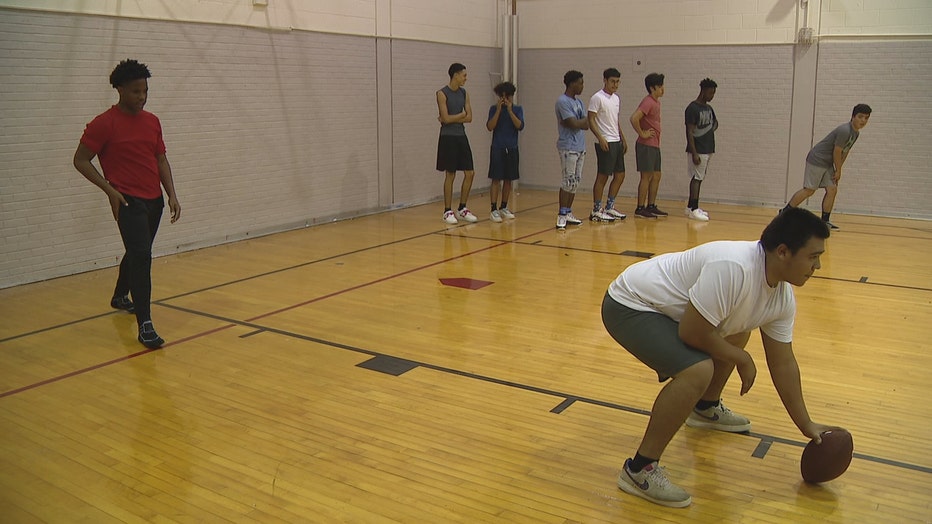 As for Coach Hill and his team, he says the focus is getting back to normal.

“Your parents had to get up and go to work. You got to get up and play some football on Saturday,” Hill said. “We’re gonna go out there to perform and we have to put a show on. We don't have a chance to make excuses for ourselves.”

The tornado might have separated schools, businesses and homes, but the team’s bond solidified through adversity.

Jerry Jones and the Cowboys will also make a special presentation before Saturday morning’s game.