During the shocking double reveal on Wednesday night’s episode, the Yeti, was unmasked.

LOS ANGELES - During the shocking double reveal on Wednesday night’s episode, the Yeti, a contestant that many judges considered a top contender for the season, was unmasked after the reveal of Cluedle-Doo.

The fifth and arguably most explosive season of "The Masked Singer" is nearing its end after not one but two contestants were revealed in the penultimate episode.

During the shocking reveal, the Yeti, a contestant that many judges considered a top contender for the season, was unmasked after the reveal of Cluedle-Doo.

The abominable showman turned out to be none other than legendary singer and quadruple threat Omarion — and ultimately, he would be sent home.

"Even though this was a competition, did I really lose? No, I really didn’t," Omarion, 36, told FOX Television Stations. "I gained so much with this experience."

The Yeti broke history as the first contestant to perform in roller skates.

The father of daughter A'mei Kazuko Grandberry, 5, and son Megaa Omari Grandberry, 6, said his children did not know he was performing on the show but that it didn’t stop them from guessing.

"They did see a few performances, and they were like, ‘Wait a minute, that sounds like dad. Dad, is that you?,’" Omarion shared. "After the reveal last night they were so excited. My son was like, ‘Dad, I’m gonna be the little Yeti. I think I’m gonna be on The Masked Singer now.’"

The former B2K member also broke history as the first artist to perform on "The Masked Singer" in roller skates and a yeti costume.

"It’s about trying new things," Omarion said. "Being challenged is such a great thing." 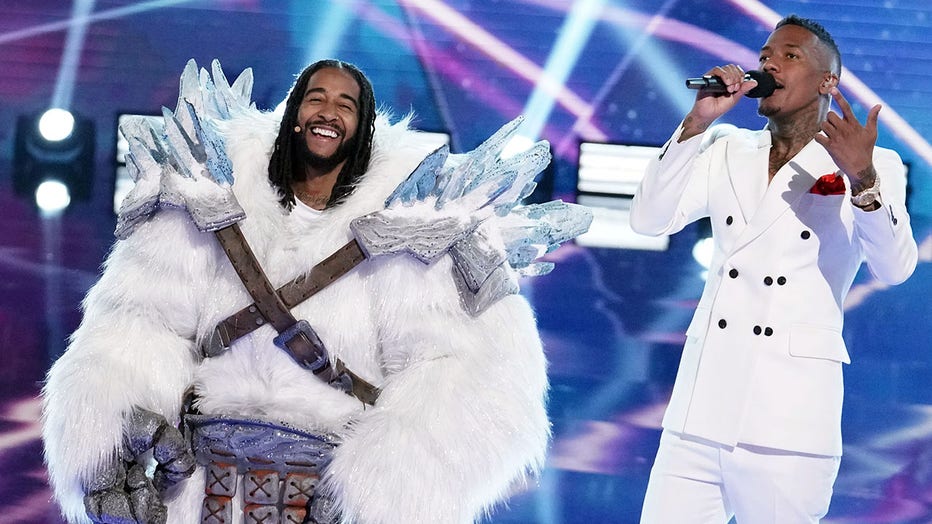 Omarion was revealed as the Yeti on Wednesday night's episode of "The Masked Singer."

While on the FOX show, Omarion gave a soulful and heartfelt rendition of Justin Bieber and Benny Blanco’s "Lonely," making panelists and audience members tear up.

"I know what it feels like to be lonely. I think everyone does. I think that sometimes being lonely gets kind of a bad rap, but it’s so important to self-reflect and spend that time rejuvenating and getting to know yourself. I was able to bring that emotion because I know it’s human nature," the "Ice Box" singer shared.

Omarion will be back on other stages this fall performing in The Millenium Tour — a tour scheduled to have acts by Omarion, Bow Wow, Ying Yang Twins, Lloyd, Sammie, Pretty Ricky and Soulja Boy. The tour was originally postponed due to the COVID-19 pandemic.

"You’re getting the Frog and the Yeti in October," Omarion said acknowledging his friend Bow Wow — who performed as Frog on Season 3 of "The Masked Singer."

And, according to Omarion, his appearance on "The Masked Singer" may not be over yet.

"Keep watching The Masked Singer. You might see me as a judge, you never know these things," Omarion hinted.

Cluedle-Doo was also revealed on Wednesday night’s episode, after performing a cover of "Return of the Mack," by Mack Morrison.

Judge Ken Jeong thought it might have been Kevin James under the mask, but in one of the show’s most shocking reveals, it was actually panelist Jenny McCarthy’s husband, Donnie Wahlberg, from New Kids on the Block.

McCarthy thought it might have been Akon, but surprisingly enough, she could not recognize her husband’s voice.

"To be like a few yards away from my wife and not be able to hug her, that wasn’t fun," Wahlberg said in an exit interview with McCarthy.

"Well you’re the cutest rooster I’ve ever seen in my life," McCarthy said.

There’s now only one episode left as Black Swan, Chameleon, and Piglet battle it out for supremacy.