AUSTIN, Texas (AP) - Texas will soon allow outdoor pro sports events to have spectators, but the numbers will be strictly limited, under a new order Thursday from Republican Gov. Greg Abbott.

Abbott revised a decision to let pro sports leagues host events without fans starting in June as part of the state's move to reopen amid the coronavirus pandemic.

Abbott’s new order allows outdoor stadiums to host fans up to 25% of their normal capacity. Leagues will have to apply to state health officials to be allowed to have fans. Indoor events will still be without spectators.

The change came the same day Texas reported a one-day high in new cases with 1,855 reported Thursday. Texas now has 59,776 confirmed cases through nearly 990,000 viral and coronavirus antibody tests. It has 1,601 deaths, a one-day increase of 39. The actual number of cases is likely far higher because many people have not been tested, and studies suggest people can be infected and not feel sick.

IndyCar is set to open its season at Texas Motor Speedway in Fort Worth on June 6, but track president Eddie Gossage said that even under the new rule, the Genesys 300 race will still not include fans.

“Nobody wants to have the stands filled with fans more than me but we’re just not in a position to do that yet," Gossage said in a written statement, noting the race will be broadcast live on NBC. “While the state will permit us to operate at 25 percent of capacity, there are still too many unanswered questions for an event that is just one week away.”

PGA Tour has previously said it plans to restart its season at Colonial in Texas on June 11-14 without fans attending. 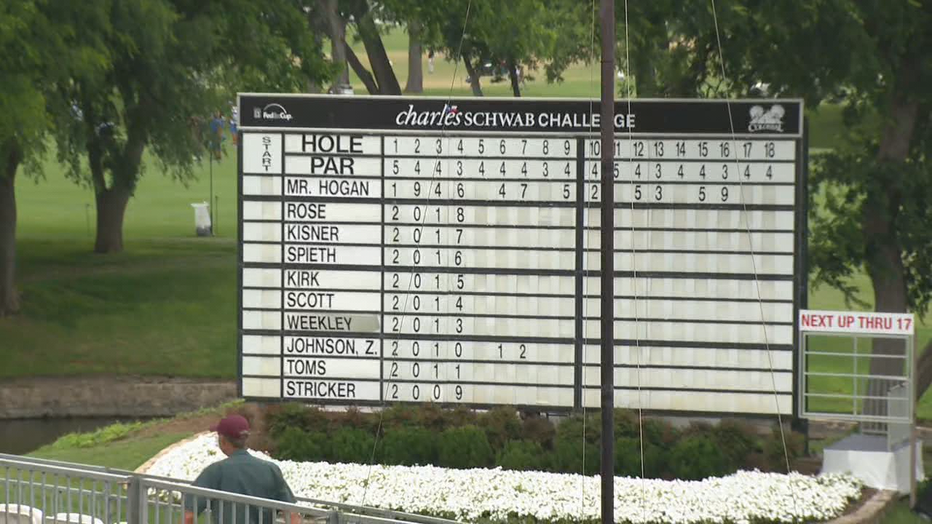 Major League Baseball has proposed starting its season in early July at regular-season ballparks, if necessary without fans. Abbott's order, however, may not impact the Texas Rangers and the Houston Astros because “stadiums with retractable roofs are not considered to be outdoors,” health department spokeswoman Lara Anton said.

State health officials did not immediately respond to questions on whether any leagues or event organizer have asked to be allowed to have spectators.

The state has set up several guidelines, including a recommendation that spectators and employees keep at least 6 feet apart from anyone not from their household. If that is not feasible, other measures such as face coverings and sanitation protocols should be followed.

Athletes will not be required to wear masks, but the guidelines encourage them to be worn on the sidelines.

The order does not address college sports events.

For most people, the coronavirus causes mild or moderate symptoms, such as fever and cough that clear up in two to three weeks. For some, especially older adults and people with existing health problems, it can cause more severe illness, including pneumonia, and death. However, most patients recover.