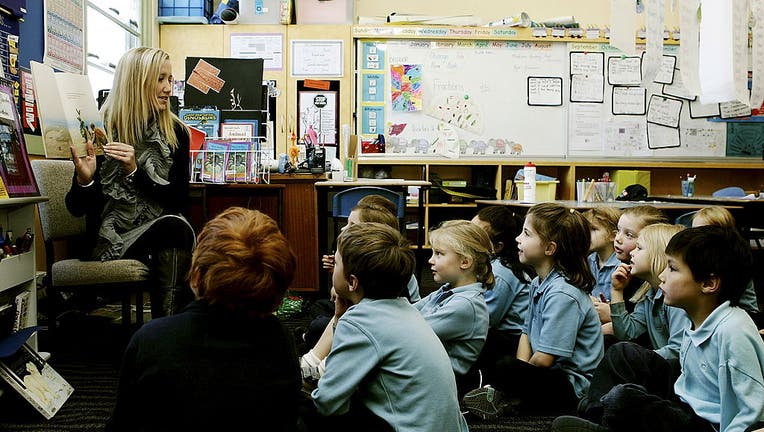 Several Republican State Board of Education candidates who ran in opposition of so-called critical race theory in public schools won their races Tuesday night, giving Republicans one more seat on the board, according to Decision Desk HQ.

Most notably, Republicans successfully flipped District 2, which covers part of the Gulf Coast.

All 15 seats on the State Board of Education were open this election season because of redistricting that took place last year. The board is responsible for dictating what Texas’ 5.5 million students are required to learn in the state’s public schools. There will be 10 Republicans and 5 Democrats on the board starting in January.

Usually, voters pay little attention to races for the body that sets the state’s public school curriculum. But this year, how Texas schools operate has been a particularly hot topic. The pandemic’s impacts on school closings and mask mandates — as well as a new law restricting how students should learn about America’s history of racism — have made the state board races much more visible.

Earlier this year, two Republican incumbents on the state board lost their primaries to candidates promising to get critical race theory out of classrooms even though no Texas school teaches such a course. Jay Johnson lost his primary in District 15, in the Panhandle, and Sue Melton-Malone lost hers in District 14, covering parts of North Texas. Aaron Kinsey replaces Johnson, and Republican Evelyn Brooks replaces Melton-Malone.

Kinsey has said that Texas schools have taught critical race theory under different names and that Texas needs teachers who can identify how it is being rebranded. He ran unopposed.

The fight against what Republicans consider "critical race theory" was a campaign issue for the party this election cycle. Conservatives use the term broadly to describe what they see as indoctrination: attempts by a school to offer a more comprehensive look at American history.

Critical race theory itself is a college-level discipline that examines why racism continues in American law and culture decades after the civil rights movement in the United States. It is not taught in elementary or secondary schools in Texas.

But that hasn’t stopped conservative candidates from keeping an "anti-CRT" plank from their state education board campaign literature and winning.

Of the 15 races, here are the results in three key ones.

In District 2, which covers part of the Gulf Coast, Republican LJ Francis beat Democrat Victor Perez. During his campaign, Francis claimed that "woke liberals" are pushing a critical race theory agenda. The district had been a Democrat stronghold since 2012.

In District 11, which covers parts of Tarrant and Parker counties, Republican incumbent Pat Hardy, first elected in 2002, won reelection, beating Democrat Luis Miguel Sifuentes. Going into the primaries last spring and the general election Tuesday night, Hardy made it a priority to get critical race theory and The New York Times’ Pulitzer Prize-winning 1619 Project out of classrooms. Current law already prohibits teaching about the 1619 Project.

Another Republican incumbent, Matt Robinson of District 7, which covers part of the Gulf Coast, did not run because he felt he couldn’t beat challenger Julie Pickren, who made critical race theory a central part of her campaign. Pickren beat Democrat Dan Hochman, whom Robinson endorsed. Pickren is a former Alvin Independent School District board member. After it was reported that Pickren traveled to Washington, D.C., to attend the Jan. 6, 2021, rally staged by former President Donald Trump in which he falsely stated the election had been stolen, she lost reelection to the Alvin ISD board of trustees.

The board’s decision came after conservative lawmakers and parents testified that the proposed updates were influenced by critical race theory and didn’t include enough "American exceptionalism" or Christianity.

Board members like Republicans Will Hickman and Pam Little deny that they were pressured to delay the overhaul of the social studies curriculum. Instead, they said they felt some of the content proposed was not age-appropriate and they wanted to keep the current course schedule of requiring Texas history in the fourth and seventh grades. The proposals before the board this summer would have eliminated the current schedule. Hickman won reelection in District 6, covering parts of the Houston area, and Little won reelection in District 12, covering parts of North Texas.

For more information, head to the Texas Tribune