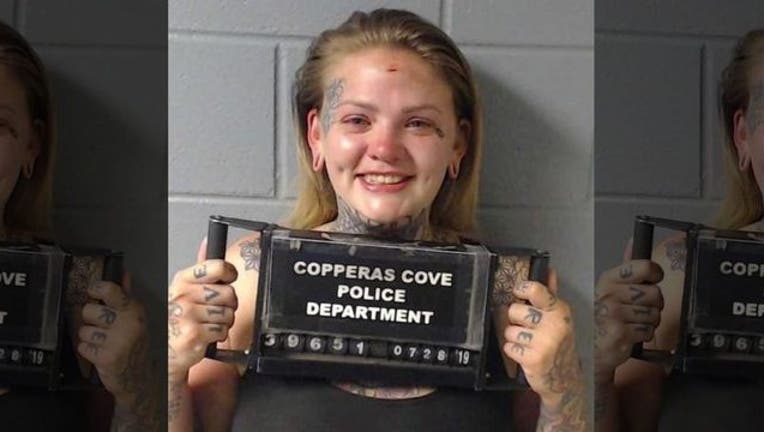 A Texas mother was arrested over the weekend after allegedly leaving her 1-year-old daughter in a car while she went into a bar and drank shots. The 26-year-old also cursed and shouted racial slurs at officers, police said.

Samantha Vaughan is charged for abandoning or endangering a child, making terroristic threats to a public servant and resisting arrest.

According to documents, police in the Central Texas city of Copperas Cove, near Killeen, got a call Sunday about a baby left in a running, unlocked car outside the Trackside Night Club.

The responding officers checked on the baby girl, who was safely asleep in the car, and found her mother inside the bar.

Vaughan told them she was there to pick up her husband and had just gone inside to use the bathroom. When the officers noted a strong smell of alcohol, Vaughan admitted she sat down with her husband and drank two shots.

Vaughan then used racial slurs and shouted profanity at the officers who tried to arrest her.

Vaughan allegedly pulled away from the officers and resisted arrest. She continued to shout racist profanity and threatened the officers and their children as she was loaded into the back of a police car.

The complaint states she slammed her forehead against the steel bars and injured herself as she was taken to jail.

She ended up smiling for her jail booking photo. There's a small cut on her forehead visible in the photo.