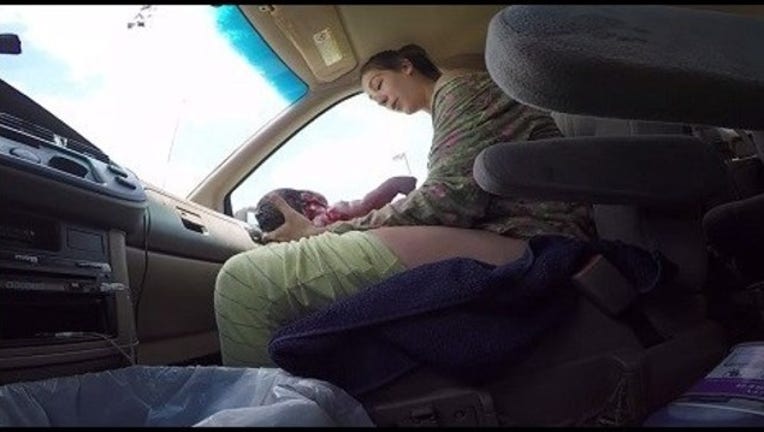 HOUSTON (AP) - Video shows a Houston-area man filming his wife giving birth to their 10-pound baby son next to him as he drives through traffic in an unsuccessful effort to reach a birthing center in time.

Jonathan and Lesia Pettijohn were stuck in traffic for more than an hour this week when her water broke, forcing her to self-deliver their newborn son, Josiah.

Jonathan Pettijohn told KHOU-TV in Houston that they didn't pull over because there was no apparent danger to his wife or the baby.

Birthing center staffers were surprised to find Josiah already in hand when the couple arrived.