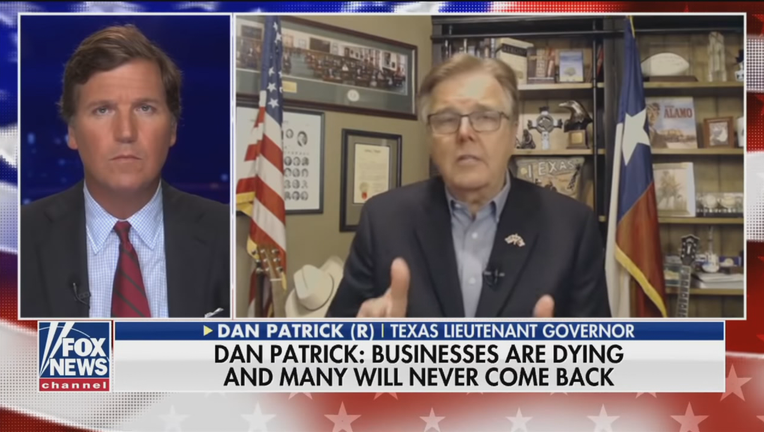 DALLAS - Texas Lt. Gov. Dan Patrick doubled down on his controversial comments about the COVID-19 crisis.

Patrick was heavily criticized last month after he suggested that he and other seniors might be willing to die to save the economy.

The 70-year-old conservative Republican stood by those statements in a FOX News interview Monday night.

In an interview on FOX 4’s Good Day, he was asked about the lieutenant governor’s statements. Cuban doesn’t believe Texas is ready for “business as usual.”

“I think he has the right intentions but didn’t quite say it the right way. Everybody wants to get the economy open. Everybody wants to try to get back to business as usual if at all possible. But this is not like the flu. This is not like other viruses that we’ve faced,” Cuban said. “The focus needs to be getting the therapies, getting the vaccine and really figuring out how to open up and still protect ourselves.”

Patrick said he’s heard from elderly constituents who aren’t that concerned about the coronavirus and are more worried about losing the economy and potentially the future of the country for their grandchildren.