Governor Greg Abbott appeared with Republican governors from across the country at the southern border Wednesday.

Texas Governor Greg Abbott appeared with Republican governors from across the country at the southern border Wednesday.

He released a so-called "action plan" to deal with the recent surges at the border.

Gov. Abbott continues to blame the Biden Administration for the situation at southern border.

There were 26 governors who worked on an immigration action plan that was discussed. Only the Republicans were at Wednesday's event.

Gov. Abbott was joined in Hidalgo County by nine fellow Republican governors as he released an action plan he said can stop the immigration problem plaguing the southern border.

"We saw exactly what happened in Del Rio, Texas, just last month. We know that chaos will be repeated unless President Biden takes action," Abbott said. 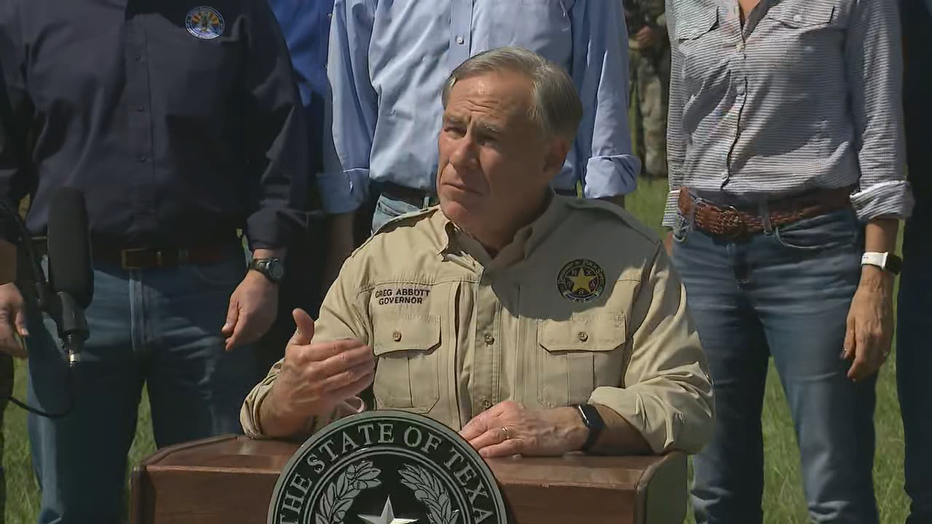 In September, thousands of Haitian migrants huddled under an international bridge in Del Rio seeking asylum.

Sanders said "root causes" need to be addressed in order to keep people from fleeing their countries.

He said that takes bipartisan support.

"How do we get there? Well, if we all identify the problem in the same way, that would be a start. And that's not what we've been able to do because of what you started with the politics of it," he explained.

RELATED: State and federal officials gear up for visits to Texas-Mexico border

Noticeably absent at the news conference were any of the democratic governors who helped to draft the immigration action plan. Gov. Abbott explained some of the action items from the plan.

There is $3 billion in Texas taxpayer money being used to fund border security.

"We can't wait for Washington to do it. We don't need their permission to protect Texas, that's the bottom line," DPS Director Steve McCraw said.

Sanders said Gov. Abbott and Texas may want to consider a different approach.

"The guys with the big money and the big ability to help is the federal government. It's better to partner with than fight," he said. "And Governor Abbott, for whatever his ultimate goals are, needs to understand that Texas is going to be a part of that."

There’s been no reaction yet from the White House.