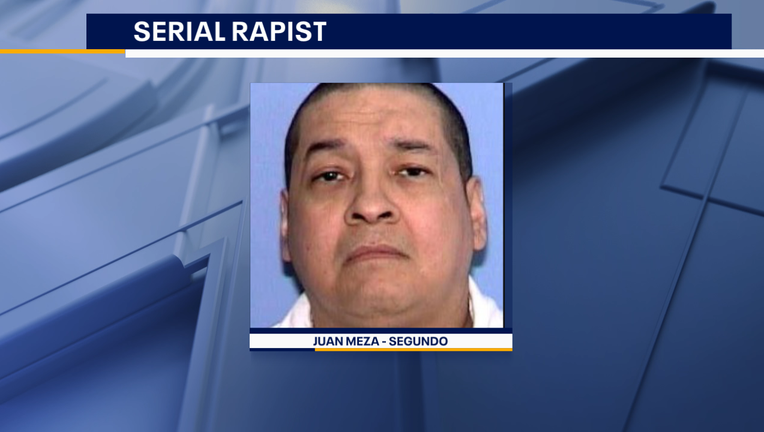 FORT WORTH, Texas - Texas' top criminal appeals court on Wednesday ordered a man convicted of killing an 11-year-old Fort Worth girl be removed from the state's death row.

In a three-page opinion, the Texas Court of Criminal Appeals ruled by a 6-3 vote that Juan Ramon Meza Segundo does not qualify for execution because of intellectual disability under a recent Supreme Court standard. The appeals court reformed his death sentence to life imprisonment with parole possible, the only alternative sentence for capital murder available at Segundo's 2006 sentencing by a Tarrant County jury.

He was arrested nearly 19 years after the 1986 crime when a DNA match tied him to the cold case slaying in Fort Worth of Vanessa Villa, 11. The child was raped and strangled at her home while her family ran errands.

Between the girl's death and his arrest, Segundo raped and killed two women, according to a statement from the Tarrant County District Attorney's Office.

Courts had rejected Segundo's attorney's appeals until the Supreme Court changed standards for intellectual disability in 2017, meaning previous rejections were based on "an unconstitutional standard," the state appeals court said.

The court stayed Segundo's scheduled Oct. 10, 2018, execution five days before it was to occur. Under the new sentence, Segundo could become eligible for parole as soon as 2026, according to a statement from the Tarrant County District Attorney's Office.