Tim and Gail Howe from Texas have not been diagnosed with coronavirus, but Tim has some additional health concerns he's been dealing with.

A Texas couple is among the thousands of travelers quarantined on a cruise ship in Tokyo.

More than 170 people on the ship have confirmed cases of the potentially deadly virus. Tim and Gail Howe from Texas have not been diagnosed with coronavirus, but Tim has some additional health concerns he's been dealing with.

Passengers left Tokyo in January and were scheduled to leave the ship last week. Instead, one woman struggled to get her father the medicine he needs. On Tuesday night, the medication finally arrived.

The Diamond Princess cruise ship has been docked in Yokohama Tokyo since February 3 after completing a 14-day tour stopping in Hong Kong and several other Asian ports. It was immediately quarantined by Japan's health ministry.

Amy didn't want to share too much about Tim's medical history, but says he takes prescription heart medication. He ran out of that medication a few days ago because he planned on returning to the U.S. last week.

“I was told Sunday night by an embassy worker that he had been put on an elevated list for medicine,” Amy said.

For days, Howe tried to contact federal and local officials to get her father the needed medication. Late Tuesday, the cruise line confirmed to FOX4 that Howe was just given his heart medication.

“We recognize that this situation is not ideal on any dimension. It is unbelievably stressful and challenging for both our guest and our crew,” said Rai Calouri, Princess Cruises Executive VP. 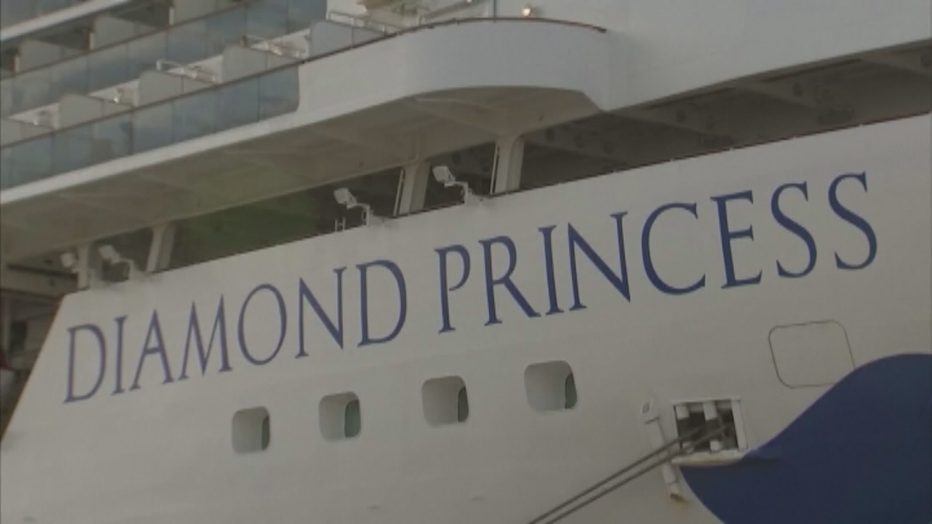 The cruise line has been giving those onboard and the media daily updates. The president of the cruise line flew to Tokyo last weekend to meet with government officials.

Now the attention for Howe and his wife turns to staying healthy, with the threat of the coronavirus continuing to spread on the ship.

“Health wise, he is doing really well. So is my stepmother. The crew passed out thermometers to all the passengers so they can monitor their temperatures, they are not contagious, they are not infected, they feel good,” Amy said.

The quarantine is expected to end next Wednesday, but that could change depending on the outbreak.