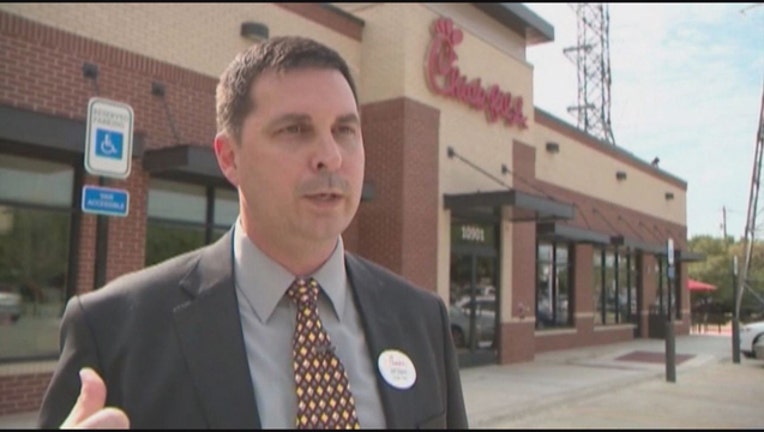 A Chick-Fil-A franchise owner is being recognized for his generosity.

For the past five months the Chick-Fil-A on West Braker Lane and US 183 in Austin, Texas was closed for remodeling.

The store reopened last week, doubling in size to accommodate the area’s growing population. But what makes this boss unique is that during the entire remodeling process, he continued to pay his 50 employees. And as an extra incentive, he gave them a one dollar per hour raise.

“This is not an easy job, it’s a lot of work,” said franchise owner Jeff Glover, the franchise owner being honored. “We have three ordering points on this side of the building.”

Employees say that they weren’t surprised by Glover’s generosity. One employee said that he always takes care of them.

“That would be a real financial crisis,” said Glover. “For the 50 families represented by the employees here, they would have to go five months without a job.”

As for the remodeling, the new and improved restaurant is a whopping 57 hundred square feet -- making it the largest Chick-Fil-A in the Austin-area.