Texas bars are not among the businesses that can partially reopen Monday, but bar owners want to and are trying to prove they can.

DALLAS - Texas bars are not among the businesses that can partially reopen Monday, but bar owners want to and are trying to prove they can.

Governor Greg Abbott has said he's making an announcement about more reopening plans. He's been asked about bars and hinted there could be some news about them Monday.

An industry group says it’s in the dark as to when the governor plans to allow them to reopen. Restaurants can expand to 50-percent capacity on Monday. Bar and club owners are hopeful they can do the same.

It's been many weeks since a typical Friday night at Bernie's Private Club, a cocktail lounge in Preston Tower in Dallas.

This Friday night, they turned the lights on in solidarity with other similar establishments unable to reopen. 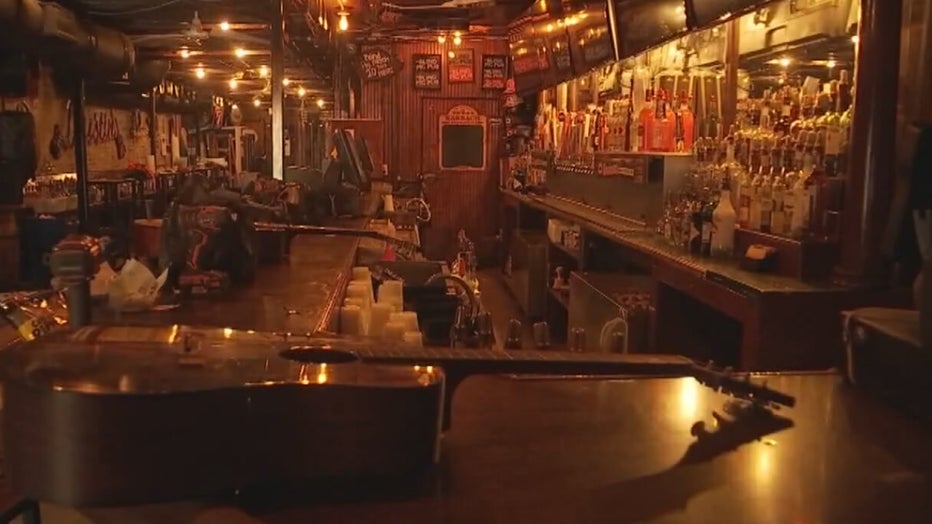 The Texas Bar and Nightclub Alliance encouraged its members to do a soft reopening Friday night without customers but lights, music, maybe staff and a chance to run through what reopening might look like. The alliance says its unfair restaurants are opening, but establishments that sell most beverages can’t.

“Our members are pitchfork angry that we're being treated differently and unfairly as opposed to other businesses,” said Michael Klein with the TBNA.

The alliance has proposed a 10-step plan to the governor's strike force. It includes suggestions like hiring additional door staff, single-use plastic cups and mandatory hand sanitizer use on entry.

The alliance wants its members to be able to immediately open at 50 percent starting Monday. It projects that 25 to 35 percent of its establishments could close permanently if they can't reopen until June 1.

“Our worst fear, which is unacceptable for Gov. Abbott to say they're not going to allow our businesses to open till June 1,” Klein said.

In all of the governor's reopening measures, the soonest they've taken effect is days after they were unveiled.

In an interview on FOX 4 Thursday, Gov. Abbott did not share specifics as to what next week's announcement might be.