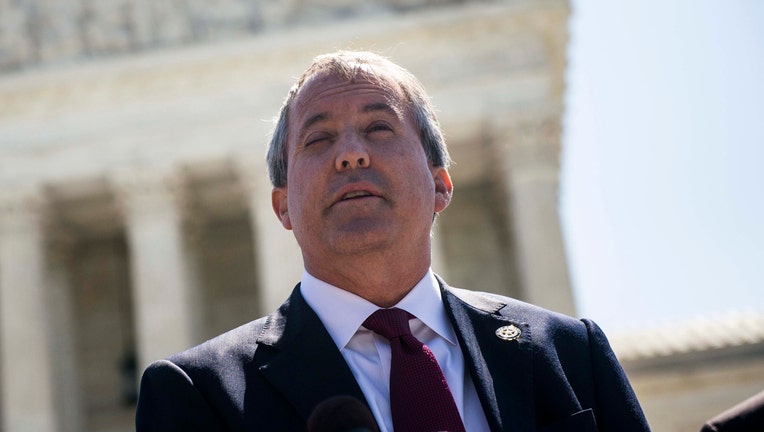 McKINNEY, Texas - "Texas Attorney General Ken Paxton fled his home to avoid being served with subpoena, court record says" was first published by The Texas Tribune, a nonprofit, nonpartisan media organization that informs Texans — and engages with them — about public policy, politics, government and statewide issues.

Texas Attorney General Ken Paxton fled his home in a truck driven by his wife, state Sen. Angela Paxton, to avoid being served a subpoena Monday, according to an affidavit filed in federal court.

Later on Monday, Paxton filed a motion to seal the affidavit, arguing that the server "loitered at the Attorney General’s home for over an hour, repeatedly shouted at him, and accosted" Paxton and his wife. U.S. District Judge Robert Pitman granted the motion early Tuesday, hours after the affidavit had been published.

Ernesto Martin Herrera, a process server, was attempting to serve the state’s top attorney with a subpoena for a federal court hearing Tuesday in a lawsuit from nonprofits that want to help Texans pay for abortions out of state.

When Herrera arrived at Paxton’s home in McKinney on Monday morning, he told a woman who identified herself as Angela that he was trying to deliver legal documents to the attorney general. She told him that Paxton was on the phone and unable to come to the door. Herrera said he would wait.

Nearly an hour later, a black Chevrolet Tahoe pulled into the driveway, and 20 minutes after that, Ken Paxton exited the house.

"I walked up the driveway approaching Mr. Paxton and called him by his name. As soon as he saw me and heard me call his name out, he turned around and RAN back inside the house through the same door in the garage," Herrera wrote in the sworn affidavit.

Angela Paxton then exited the house, got inside a Chevrolet truck in the driveway, started it and opened the doors.

"A few minutes later I saw Mr. Paxton RAN from the door inside the garage towards the rear door behind the driver side," Herrera wrote. "I approached the truck, and loudly called him by his name and stated that I had court documents for him. Mr. Paxton ignored me and kept heading for the truck."

Herrera eventually placed the subpoenas on the ground near the truck and told him he was serving him with a subpoena. Both cars drove away, leaving the documents on the ground.

On Twitter, the attorney general said his sudden departure was motivated by concerns for his family's safety.

"It’s clear that the media wants to drum up another controversy involving my work as Attorney General, so they’re attacking me for having the audacity to avoid a stranger lingering outside my home and showing concern about the safety and well-being of my family," he wrote in a tweet.

In the seven-page motion to seal, Paxton’s lawyers argued their client was never told the name of the process server or given identifying information about him.

They further argued it was "at best, reckless and irresponsible" to publicly release the attorney general’s home address, writing in the motion that the detail "served no legitimate litigation purpose, and it is wholly irrelevant to the substantive issues before the Court."

Paxton doubled down Tuesday morning in a statement distributed by his campaign.

"In light of the constant threats against me, for which dangerous individuals are currently incarcerated, I take a number of common sense precautions for me and my family’s safety when I’m at home," Paxton said. "Texans do the same to protect themselves from threats, and many also exercise their Second Amendment rights to protect themselves and their families."

Paxton has been under indictment for securities fraud for seven years and faces a whistleblower lawsuit from former top deputies who accused him of abuse of office. Paxton has denied wrongdoing.

He was forced into a runoff for the Republican nomination for another term in office after high-profile Republicans, including former Texas Supreme Court Justice Eva Guzman and Land Commissioner George P. Bush, tried to unseat him. But Republican voters chose him over his intra-GOP challengers, who criticized his legal and personal scandals on the campaign trail.

Disclosure: Chevrolet has been a financial supporter of The Texas Tribune, a nonprofit, nonpartisan news organization that is funded in part by donations from members, foundations and corporate sponsors. Financial supporters play no role in the Tribune’s journalism. Find a complete list of them here.

This article originally appeared in The Texas Tribune at https://www.texastribune.org/2022/09/26/texas-attorney-general-ken-paxton-subpoena-abortion-lawsuit/.