It all means Fort Worth will no longer be the largest city without the presence of a public research university.

FORT WORTH, Texas - Texas A&M announced details of its new research campus in Fort Worth nicknamed "Aggieland North" and what the campus will officially be called.

This eastern edge of downtown will soon look a lot different.

The current Texas A&M law school building will disappear. And in its place will be a sprawling complex that will further the city’s partnership with one of the largest university systems in the U.S.

Texas A&M to build new research center in Fort Worth

A news conference Thursday afternoon was a gathering of federal, state and local leaders. They revealed new details about the Texas A&M Technology and Innovation District planned for Downtown Fort Worth. 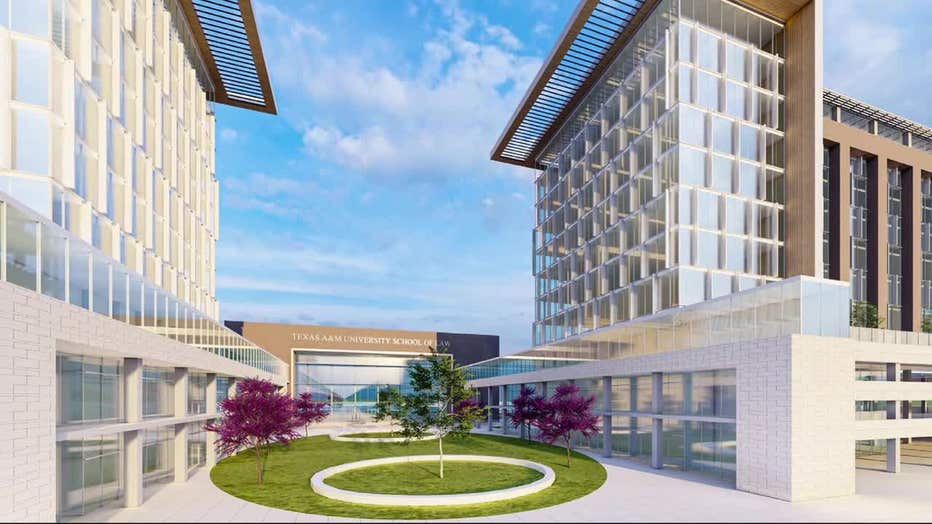 They shared renderings of the three-building complex which will encompass the four blocks where the university’s current law school now sits. The complex will be called Texas A&M-Fort Worth.

The first of the construction on the law and education building is slated to get underway this summer with a target date for completion in 2025.

"It’s one of those things that cities and universities don’t get to that often come together and create something that we believe is gonna be a special as it is," said Regent Robert Albritton. "Not for just the students. That’s easy. It’s for the industry. It’s for the things that I do believe we will be able to bring to the city of Fort Worth in the businesses that call this town their home."

It all means Fort Worth will no longer be the largest city without the presence of a public research university.