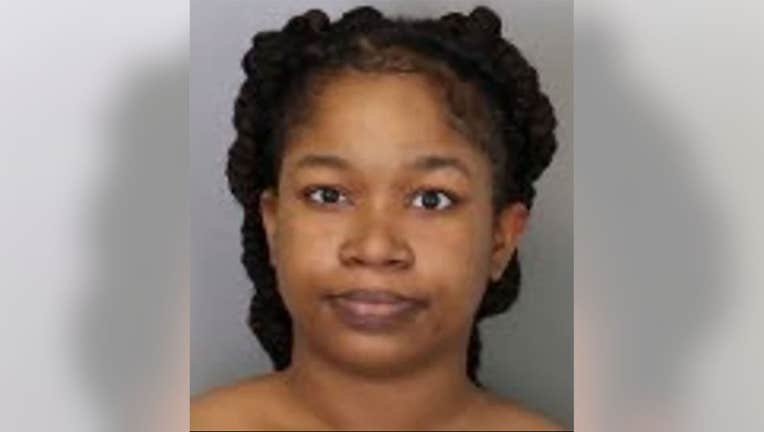 Loretta Clayton-Treadwell, 30, is charged with threat of mass violence on school property after allegedly calling to say she would blow up an elementary school over her son’s missing backpack (Shelby County Jail)

MEMPHIS, Tenn. - A Tennessee mother is accused of threatening to blow up her son’s elementary school over a missing backpack, allegedly telling school staff over the phone that "some kids will be missing."

Loretta Clayton, 30, was arrested after placing calls to Getwell Elementary in Memphis Wednesday.

Court documents allege that a teaching assistant told law enforcement she took a call from Clayton, who phoned asking about her son’s missing backpack before growing angry and threatening to blow up the school. The teacher claimed that Clayton stated, "some kids will be missing," an affidavit says.

The mother ended the conversation and called the school back, that time reaching the principal. The principal said the woman identified herself as Loretta Treadwell, using her maiden name, Fox 13 Memphis reported. The principal warned Clayton not to call and make threats to the school.

The affidavit says the principal alleges Clayton stated she never threatened to blow up the school and only said that some children would go missing. The principal told law enforcement that the mother had previously called earlier in the week inquiring about her son’s missing backpack.

Investigators verified Clayton’s phone number from the calls, Fox 13 reported. The mother was charged with a threat of mass violence on school property or at school-related activity, which WATN-TV reported is a misdemeanor charge. She is scheduled to appear in court Thursday.