A Tennessee woman allegedly chopped her dad with an ax and punched her grandpa in the face before they disarmed and subdued her, according to authorities.

The county sheriff’s office says she hitched a ride to her grandpa’s house, where he lived with her parents, and broke in through a guestroom window with an ax around 2:20 a.m. on Tuesday.

Her mother, Robin Hayes, awoke to the sound of breaking glass, according to a police report obtained by Fox News Digital. She went into the guest bedroom and saw her daughter, then ran into her own bedroom and locked the door.

The suspect’s 64-year-old father, Doug Fortson, encountered her in the hallway with the ax and told police that she hit him with it three times before he could wrestle it out of her grip.

Her grandfather, Glenn Hayes, helped subdue her – but not before she gave him a black eye, the complaint alleges.

Carter County deputies responding to a burglary call arrived to find a car backing out of the driveway with two men inside, identified as Daniel Fleenor, 31, and Christopher Price, 30. The documents do not show any charges against them in connection with the incident.

"I’m not going back to prison," one of the men was saying, over and over, according to the police report. 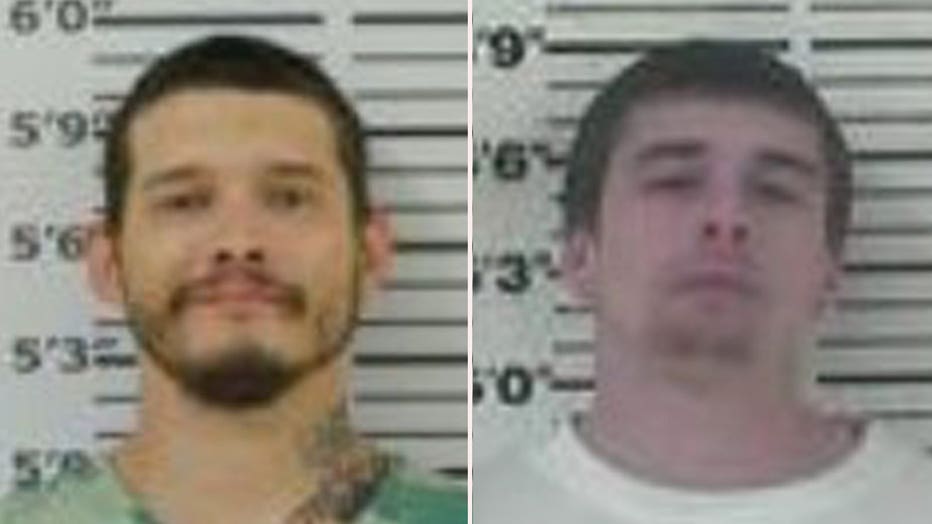 Carter County deputies responding to a burglary call arrived to find a car backing out of the driveway with two men inside, identified as Daniel Fleenor, 31, and Christopher Price, 30. (Carter County Sheriff's Office)

Additional deputies arrived and asked the two what was going on.

They said that Fortson asked them for a ride to the house, so they drove her there. The police report states that when they arrived, Fortson "got out of the vehicle and began screaming and ran into a pasture behind the home."

Deputies went inside the house and found her parents and grandfather.

Her dad had "multiple lacerations on his right arm," and her grandpa had a swollen and bruised eye, according to the police report.

Despite his injuries, the elder Fortson declined an ambulance and had his wife drive him to the hospital, according to the report.

Jail records show Nevada Fortson was being held at the Carter County Jail on $130,000 bond.

She had also been jailed after allegedly violating an order of protection last month and has prior charges of resisting arrest, domestic assault, trespassing and more within the last three months.

Older charges include theft, impersonation and public intoxication. But her only charge prior to 2021 was a seatbelt violation in 2016, according to court documents.