There is division between the police department and members of the community as frustrations hit a boiling point.

DALLAS - Activists lashed out at the Dallas police chief and the newly formed community police oversight board during its first meeting.

The first meeting of the police oversight board came at an interesting time Tuesday night.

Activists said they are suspicious of the department over the Amber Guyger case and the investigation of the shooting death Joshua Brown, a witness in the Guyger’s murder trial.

There is division between the police department and members of the community as frustrations hit a boiling point. 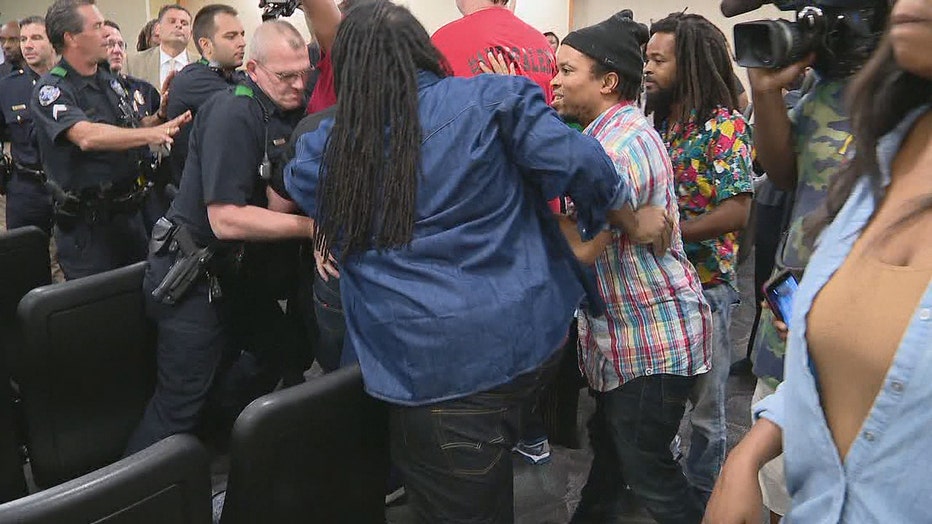 It was a civil first meeting of the community police oversight board until the board adjourned without letting people speak for public comment. Then, chaos erupted after someone in the crowd yelled: “Shut up, ignoramus!”

Dallas Police told them it was time to leave. People pushed back. The pushing and shouting went on for minutes before Dallas Police Chief Renee Hall got involved and asked people to calm down. 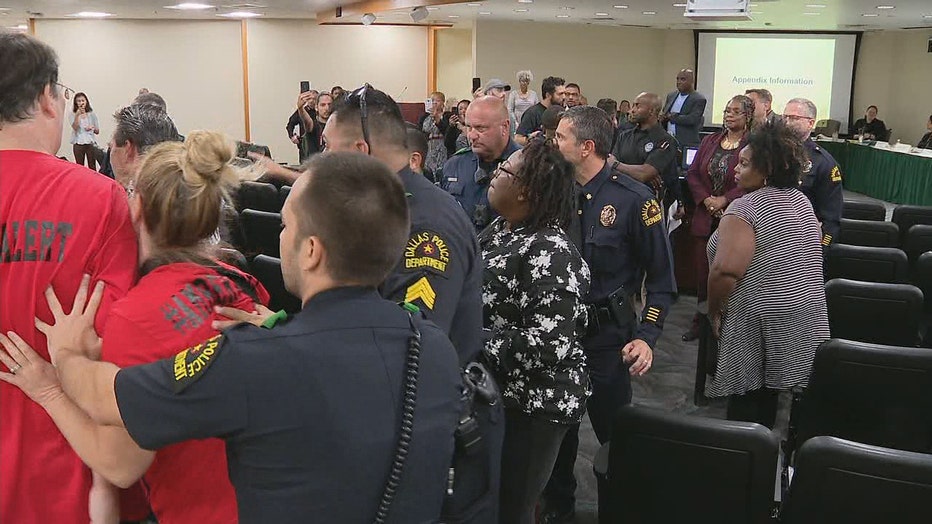 Chief Hall convinced people to sit back down and allowed their voices to be heard.

Person after person addressed their concerns about alleged police use of force and corruption. Many of them personally attacked members of the board and questioned their intentions.

After listening to their complaints, Chief Hall stood back up and addressed the crowd. 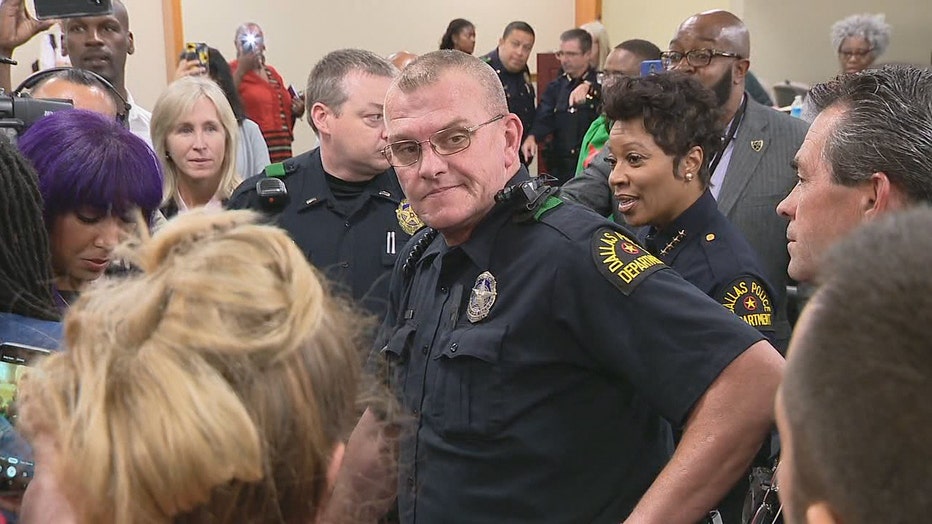 “We are not in opposition here. We are all seeking unity,” she said. “This meeting got out of hand, and this is not what this represents.”

During the meeting, the board said they can accept citizen complaints, subpoena for sworn testimony, review evidence and facts in critical incidents and request disciplinary action be taken.