A study out of Sweden found that attractive female students saw their grades worsen once they switched to remote learning, suggesting that since professors were unable to physically see these students, they graded them possibly more on academic merit as opposed to letting their physical appearance influence their grade outcome.

Researchers in Sweden found that young women who were rated as attractive saw their grades suffer more after switching to remote learning during the COVID-19 pandemic.

An experiment conducted out of Lund University in Sweden followed two cohorts of students, totaling 307 participants, over the course of several years. During in-person learning, students who were deemed attractive had at least a 7% to 10% advantage in their grades compared to their unattractive classmates.

However, once remote learning began in 2020, those same students saw only a 3% to 4% difference between their grades and the grades of their unattractive counterparts. 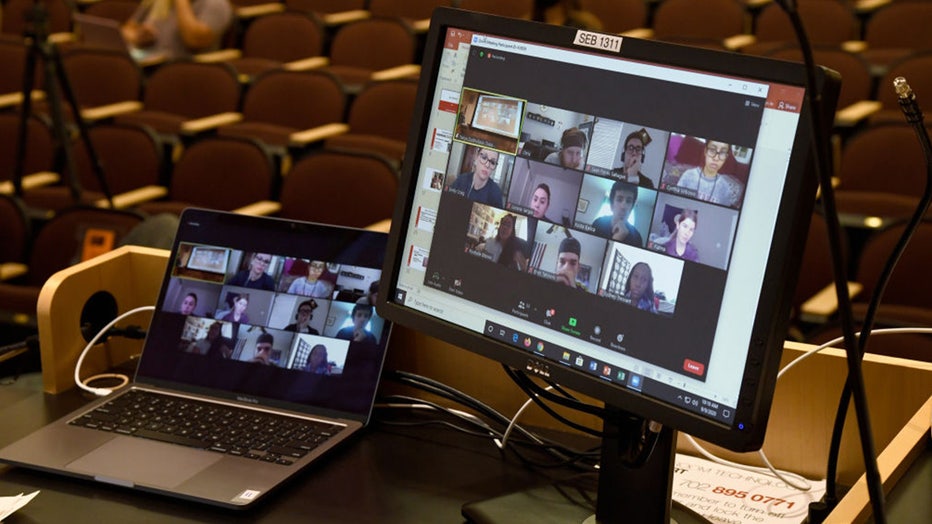 "The interesting thing was that, the attractive females, their grades worsened," said Adrian Mehic, a Ph.D. student at Lund University and lead author of the study. But their male counterparts saw very little change to their grades.

"That was a bit strange, but then of course, considering that most of the professors are male, then we could safely say that they were discriminating in favor of the attractive females," Mehic speculated.

When remote learning commenced at the beginning of the COVID-19 pandemic, and the professors were unable to see all of the students’ faces, there was "less incentive for them to discriminate," Mehic said.

About a quarter of the professors were females, and according to Mehic, they were much less biased compared to their male counterparts — but not 100% unbiased. Mehic said that even the female professors discriminated against the unattractive female students in comparison to the attractive ones.

"From other research, we know that from the most attractive ones in society to the kind of ‘bottom’ ones, there is maybe a 10% difference in grades, and this was also approximately what we saw in this study," Mehic said.

"That’s a lot," Mehic added. "And this to me is mostly due to discrimination."

Mehic noted how this is not the only time looks played a role in how people are treated in today’s society.

How do you rate attractiveness?

Of the 307 students, 65% were males and 45% were females, all of whom were enrolled in the Industrial Engineering Program at Lund University, according to Mehic.

Each of the participants was rated on a scale of 1 to 10 by a jury of 37 of their peers. A photo would be presented to the jury and each would rate the person’s photo. The average number would be the final rating. On average, Mehic said the most common rating was about a four or a five.

The participants were in their early 20s and Mehic said several measures were taken to ensure none of the jury members personally knew any of the participants so as not to create bias.

One interesting note that Mehic highlighted was that race was not factored into the ratings, only because of regulatory hurdles and frankly, race did not need to be considered to complete this experiment.

"I would say that this is a pretty wide group, mostly white, I would say. In Sweden, we don’t actually register race in that context and you need all of this kind of extra ethics approval if you want to do things based on race. So, we didn’t focus much on race," Mehic explained.

Looks matter, even in school

"There are mainly two reasons (for doing this experiment) and maybe one is that there hasn’t been actually that much data on students; there has been more in the labor market. And the second thing that’s also interesting was that this was the first study to look at remote teaching and how that had an effect," Mehic said.

Mehic said he’s had passing conversations about how this study could potentially rub some of the professors the wrong way, but he feels the results can help more than hurt.

"Some people don’t really like to get this implication that they’re discriminating in favor of beautiful women because no one likes to hear that. They might not be so happy about the results but let me just say, this is kind of natural and it’s very difficult to do something about it, generally. Because, that’s how we as humans are, right? We like to see beautiful people, that’s something that we enjoy. We associate beauty with a bunch of other positive factors as well," Mehic continued.

And while Mehic doesn’t believe remote learning is the answer to addressing this potential discrimination at universities, he does think there could be other ways to work around it.

"You could have anonymous exams and drop in your reports, anonymously, and assignments and so on," Mehic suggested.

Mehic believes there’s further research that can be done to see if physical appearance plays a bigger role in the success of students who seek higher learning.