Officials say residents have been getting mailers encouraging them to put personal information on a website to verify their vote. But the county says it didn’t authorize the site and is not sure how that information is being used.

Tarrant County officials say Fort Worth residents got a flyer in the mail this week urging voters to verify their vote was counted. 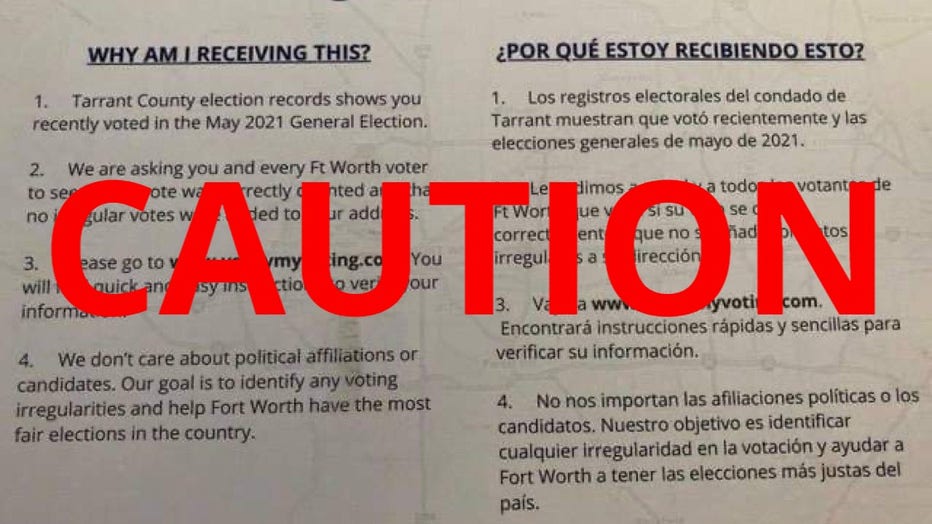 The mailers started arriving just days after runoff elections, including the high-profile mayor’s race in Fort Worth.

Both the DA and the elections office are urging people not to submit their information.

"It certainly has the appearance of being phishing," Whelchel said. "You don’t know what they’re going to do with that information."

The DA’s office confirms the domain is registered to an IT company out of Benbrook. Online records show the site was created in May.

Officials say they’re not sure what information has been obtained or how it’s being used.

"There’s no investigation at this point, and there’s no charges," Whelchel said. "We’re not aware of a crime being committed."

Early voting rosters are public records and many counties post them on their election pages.

Tarrant County elections officials say you can also check your voter registration through the county’s voter lookup site or by calling the elections office directly.