Corporal Charles Holt was a six-year veteran of the department. Last week, he was diagnosed with the coronavirus. He died Tuesday.

FORT WORTH, Texas - The Tarrant County Sheriff's Office is mourning the death of one of its own.

Corporal Charles Holt was a six-year veteran of the department. Last week, he was diagnosed with the coronavirus. He died Tuesday.

Holt leaves behind three young sons. The oldest was just 12.

The sheriff says Holt had only been with the sheriff’s office for six years but was already making an impact on the department. He leaves behind a wife and three young sons.

At just 36 years old, Corporal Charles Holt lost his battle with COVID-19 Tuesday. The Tarrant County Sheriff’s Office says the virus took hold of Holt quickly. He was only just diagnosed with it last Thursday.

“He was a leader. He carried himself well in the jail,” said Tarrant County Sheriff Bill Waybourn. “He was awesomely respected, and everybody knew that if they needed help they could depend on Charles.” 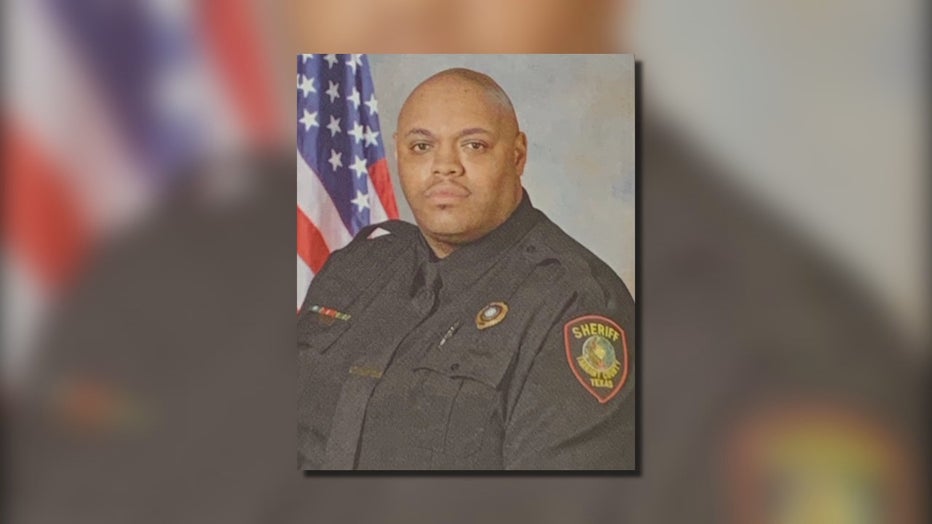 Holt was hired on just six years ago. But in that short time, he had already been promoted to corporal and was on the list to be promoted to sergeant, making quick strides up the ladder.

Sheriff Waybourn says when their mother shared the news with them, they reacted with strength.

“He had three wonderful little boys at home that I think had the fullest regards for him,” the sheriff said. “Those boys expressed to her, ‘It’s ok. We know that dad completed his assignment and gone on home.’”

The virus has affected the department as a whole with more than 50 diagnosed with COVID-19. The sheriff says most have recovered, but three are still battling the virus.

“We’ve had numerous officers diagnosed with COVID. Some of them have been very light,” Waybourn said. “We’ve had a couple that have been in the hospital. We’ve been very prayerful over, but they recovered.”

Corporal Holt marks the first in their ranks to die from the virus.

“Jovial, valued, centered, honorable,” the sheriff said. “Hero. Came to work every day knowing the risks he was facing and happy to do it.”