A real estate broker who says he has helped thousands of people in Tarrant County dispute their property valuations says he feels vindicated after being allowed to continue to do so.

FORT WORTH, Texas - A real estate broker who says he has helped thousands of people in Tarrant County dispute their property valuations says he feels vindicated after being allowed to continue to do so.

Chandler Crouch was cleared of wrongdoing after a complaint was filed by Tarrant Appraisal District staffer Randy Armstrong.

Crouch claims to have helped more than 90,000 Tarrant County homeowners protest their property valuations since 2017 to help them save money come tax season.

Armstrong filed several complaints against Crouch with the state, stating "Chandler Crouch, both property tax consultant and licensed Texas realtor/broker, intentionally misled members of the Tarrant Review Board with his testimony in 2021 ‘market value’ protest hearings."

The Texas Department of Licensing & Regulation released a statement on Thursday saying, "We do not believe the evidence in this instance is sufficient to establish a violation was committed." 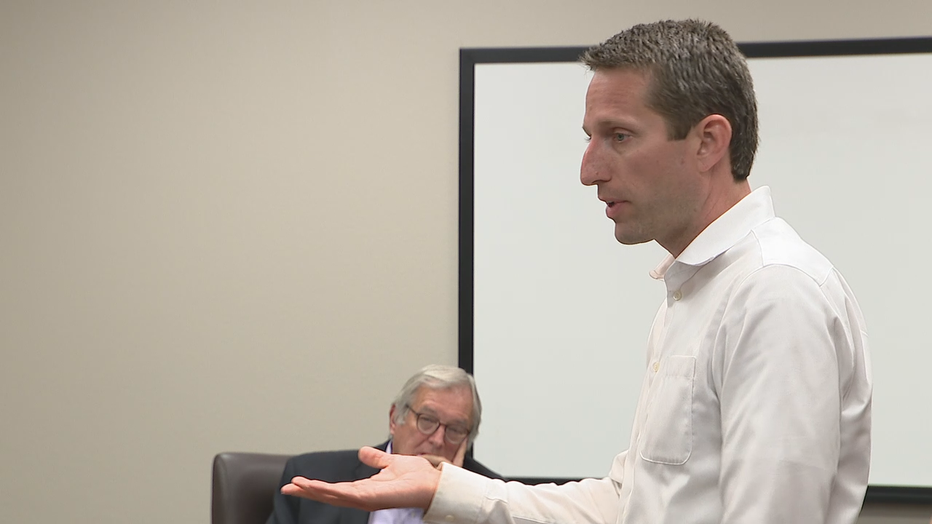 In addition to Crouch being cleared by a state agency looking into the alleged violations of protocol, two Tarrant County appraisal district officials are suspended.

The suspensions followed public comment and the board’s executive session about complaints filed against Crouch.

Law was suspended for two weeks for failing to inform the board about the filed complaints. Armstrong is suspended without pay, but the length of suspension is not known.

"This is a man that has been receiving taxpayer money attacking somebody that’s trying to help people for free, I’ve never charged anybody for my services," said Crouch.

Others in the crowd disagreed.

A few spoke, claiming Crouch was not as genuine as he proclaims to be.

"The property owner was alarmed because Chandler Crouch became her property tax agent without her authority," Casey Stanley said.

Crouch responded to those claims, calling them politically motivated.

"There are people that showed up today because I threaten them too, because I do for free what they charge money for," he said. "I want to see this board seek truth. I brought a ton of truth. I’ve got evidence here…material facts about how the complaints were filed, what the witch hunt looked like."

A realtor in Tarrant County who has helped hundreds of homeowners fight their appraisal bills is the subject of complaints by an official in the county.