Some of the new machines were used during early voting, but many more were deployed on Tuesday.

As of 9 p.m., the unofficial turnout numbers show that 11 percent of registered voters in Tarrant county cast a ballot either on Tuesday or during early voting.

With just four months until the Texas primary election, county officials saw Tuesday as a test run for the new voting machines.

About 3,000 new electronic voting machines were used where voters can review a printed confirmation of their ballot. But the machines’ debut didn't go off without a few glitches.

One place with a high turnout was Keller Town Hall. It’s where Wade Strzinek says he showed up to vote at 7:45 Tuesday morning. He says he got in line to receive a code which allows each person to access a ballot. 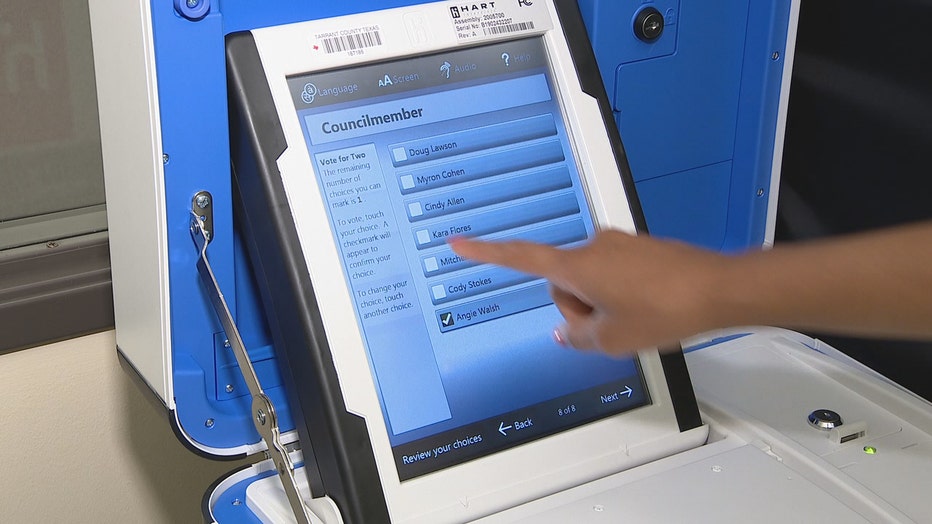 “By the time they would issue our codes, by the time we got to the election ballot box, our codes had expired,” he said. “

Strzinek says it took poll workers at least 30 minutes to figure out how to issue new numbers so he could vote. He stayed and cast his ballot but says others left frustrated.

“It didn't really surprise me too much that there was a technical issue,” he said. “What surprised me is that there didn't seem to be a plan B.”

But Judge Whitley says the county decided to debut the machines during a non-presidential election year to allow time to work out the kinks.

“It’s just as we expected it to be,” the judge says. “I mean we knew there were going to be certain issues.”

Judge Whitley says the county trained about 1600 poll workers. But at five locations, some felt unprepared to operate the machines and called the county for technical support.

“I would say around maybe less than 100 malfunctions. None of those have resulted in someone not being able to vote,” the judge said.

And for many voters like Courtney Gatewood, this year’s process saw some improvements.

“The lines were longer than usual, but they got everybody quickly,” Gatewood said. “Everybody was friendly and the machines were so much better than they used to be.”

Moving forward, the county’s election administrator will report to the Texas Secretary of State what worked and what didn’t work with countywide voting.

Meanwhile, Judge Whitley says they plan to work out any outstanding technical issues ahead of the 2020 election season.