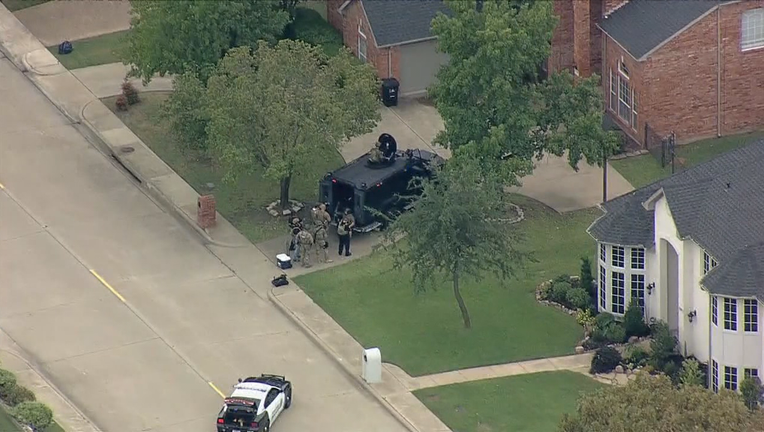 ROCKWALL, Texas - Police in Rockwall, east of Dallas, say someone jumped from a second-story window to ask a neighbor for help.

It happened Thursday morning on Shores Boulevard, which is in an upscale neighborhood near Lake Ray Hubbard.

The woman who jumped and ran to her neighbor’s house said she had been assaulted and was being held against her will.

A SWAT team went to the home and found three other women inside. They were questioned but not arrested.

Police did not find any suspects and are still investigating.