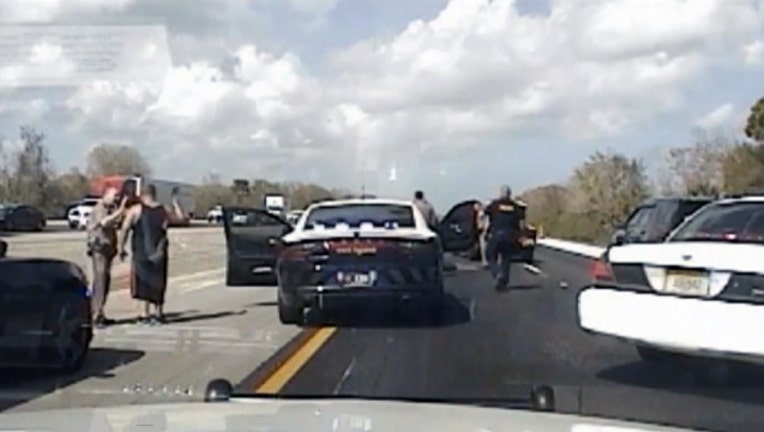 VERO BEACH, Fla. (AP) - Florida state troopers managed to stop an SUV with a stuck accelerator after it traveled about 50 miles (80 kilometers) on Interstate 95 at speeds up to 100 mph (160 kph).

The 911 operator told Cooper to put the vehicle in neutral, but he said he couldn't. He said he didn't want to use the emergency brake at the speed he was traveling.

State troopers and local police drove alongside the SUV to clear traffic. Deploying stop sticks three times, they finally brought the SUV to a stop west of Vero Beach.

Cooper was taken to a nearby hospital after complaining of chest pains.