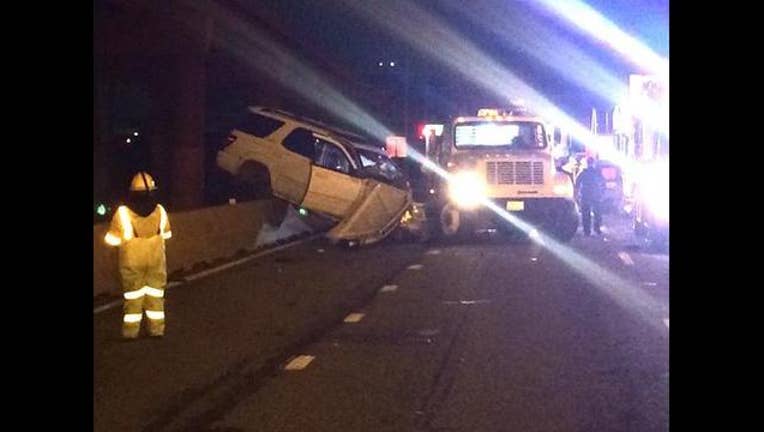 An SUV driving through a construction zone on I-35E near Royal Lane narrowly missed a work crew before wrecking out and winding up on top of a bridge rail.