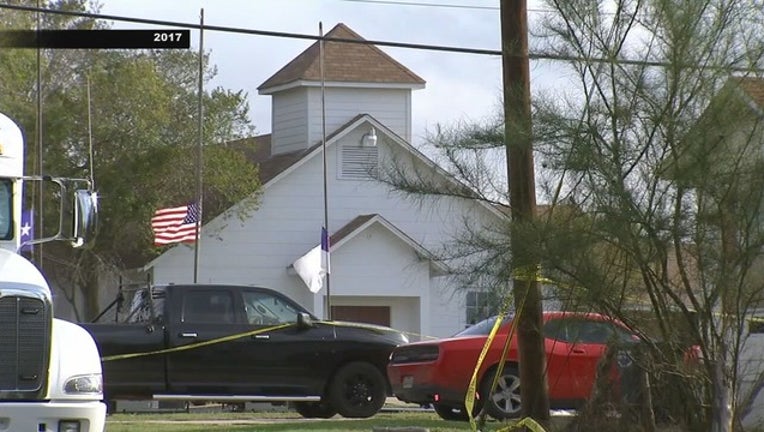 AUSTIN, Texas (AP) - A Texas pastor whose teenage daughter was among more than two dozen people killed in a mass shooting at his church in 2017 said Sunday that he will run as a Republican next year for a seat in the state Legislature.

Frank Pomeroy - whose 14-year-old daughter, Annabelle, was killed in the November 2017 attack at First Baptist Church in Sutherland Springs- is launching his campaign at a moment when gun violence is again at the forefront of Texas politics following a mass shooting in El Paso this month that killed 22 people.

The two mass shootings were part of a "trajectory" that led him to run for the state Senate, he said during a brief phone interview before stepping into a restaurant with his family. The shooting at his church compelled him to have more conversations with people about guns and other leading political issues, he said, while the El Paso attack troubled him in the way the victims were used by others to score political points.

"I felt like something needed to be brought to the conversation, like civility and real intelligent discourse," he said, adding that he's concerned by the way "integrity and morality are degrading," particularly within the Democratic Party.

Pomeroy said that owning guns is not the problem that has led to mass shootings and the focus should be on issues such as mental illness.

First Baptist Church opened a new sanctuary this year after the old building was turned into a memorial, following what remains the deadliest mass shooting in Texas history. A gunman shot and killed 25 people at the church; authorities put the official death toll at 26 because one of the victims was pregnant.

Pomeroy, who has never held elected office, had not been outspoken politically in the two years since a discharged Air Force airman with a history of violence opened fire in the church where the gunman's wife and mother-in-law attended.

Republican Gov. Greg Abbott emerged this week from a lengthy, closed-door meeting with lawmakers noncommittal about tighter gun laws in wake of the El Paso attack. And Texas' powerful gun lobby is already pushing back after Abbott on Thursday floated ideas that might restrict private gun sales or allow "welfare checks" on some people who have access to firearms.

Pomeroy, 53, will run in a senate district that is considered safely Democratic - President Donald Trump lost it by double digits in 2016 - and sprawls hundreds of miles from Austin to the U.S.-Mexico border. The incumbent, Democrat Judith Zaffirini, took office in 1987 and was the first Hispanic female to serve in the state Senate.

Zaffirini, after being told of Pomeroy's critical comments of Democrats, said she was "very surprised to hear such a harsh comment coming from a pastor."

She said she knows both Pomeroy and his wife and described the pastor as "a man of integrity" who's committed to his community.

Across the U.S., there have been several instances of family members of mass shooting victims running for office - and not always as Democrats pushing for tighter gun laws. In Connecticut, state Senate challenger JT Lewis is a Republican and Trump supporter who is the brother of one of 20 first-graders killed at Sandy Hook Elementary in 2012.

In Florida, following the mass shooting at a Parkland high school in 2018, mother Lori Alhadeff won a seat on the school board after her daughter was among the 17 people killed in the attack.

Gun-rights supporters in Texas, some carrying assault rifles strapped on their shoulders, rallied outside the state Capitol on Thursday before the governor met with lawmakers. Among those carrying a weapon was Stephen Willeford, who lives across the street from the Sutherland Springs church and used an AR-15 rifle to fire back at the gunman, who later killed himself.