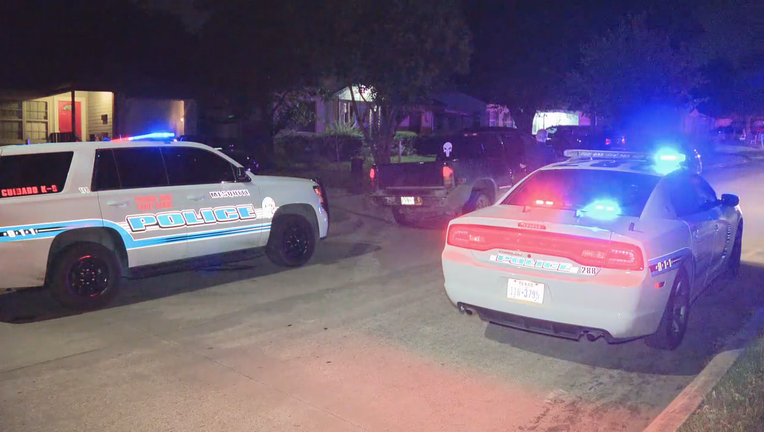 MESQUITE, Texas - Four people were arrested after police said they tried to break into a Mesquite jewelry store early Saturday morning, before three of them led officers on a high-speed chase.

Mesquite police said officers were called out at 4:30 a.m. for a burglary alarm call at a jewelry store.

Responding officers saw four people trying to break in to the store.

When they saw the officers, police said three of them jumped into a pickup truck and drove off.

The other person was arrested at the scene.

Officers chased after the pickup truck into Dallas, and the fleeing driver was reportedly driving erratically and reached speeds of 90 mph.

DPD Air One helped track the truck, before the suspects fled on foot in the 3500 block of Dutton Drive.

The three people in the truck tried to run, but were captured by police.