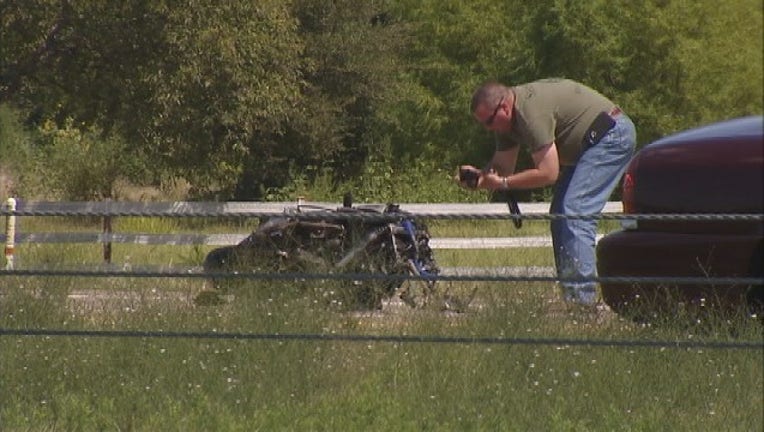 A suspect died after crashing a suspected stolen motorcycle into an 18-wheeler Saturday morning.

DPS officials say an Ellis County Sheriff’s Deputy spotted the motorcycle in Ennis just before noon. He reportedly ran the license plate, which came back as stolen.

That’s when the officer activated his lights and the suspect fled. Officials say he was driving at speeds in excess to 120 mph.

The wreck occurred in the northbound lanes of I-45 between Palmer and Garrett in Ellis County just 3 miles down the road. Authorities say the motorcycle struck a semi, killing the male motorcyclist. His identity has not been released.

DPS is investigating the actual wreck while the Texas Rangers are handling the rest of the investigation.

The roadway was closed for several hours as a result.

More details will be provided as information becomes available.