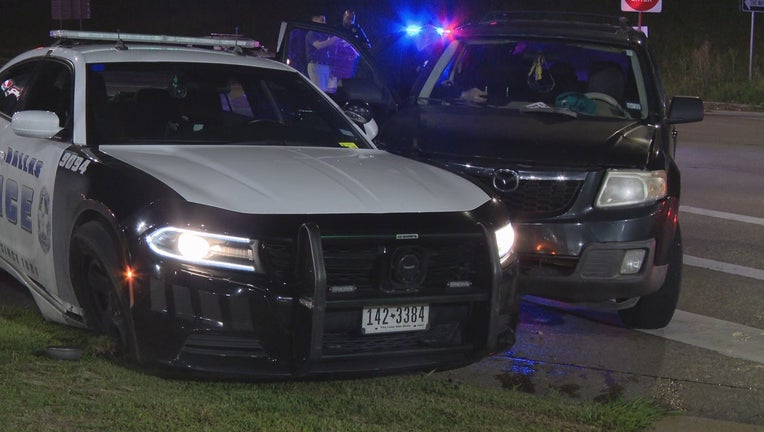 The two officers were not hurt when police said the driver ran a red light at Wheatland and the Interstate 20 service road in southern Dallas.

The driver of the car that hit them was treated and will likely be charged with driving under the influence.

His passenger was not hurt.