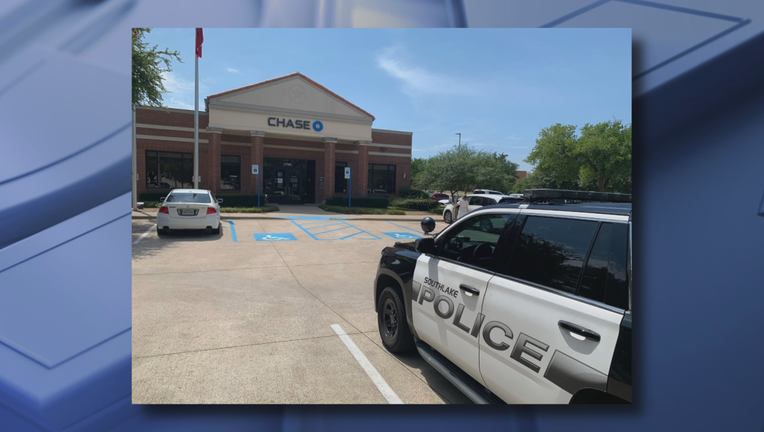 SOUTHLAKE, Texas - A suspected bank robber was arrested after leading police in Southlake on a chase Monday afternoon.

The Chase Bank branch on East Southlake Boulevard was robbed just after 2:30 p.m. Employees said they saw the man now identified as Loui Hamdooni get into a 2013 Dodge Charger.

Police spotted the car as it was fleeing the scene and began following it.

Hamdooni drove into Grapevine and lost control near Hall Johnson Road and the Highway 121 frontage road. 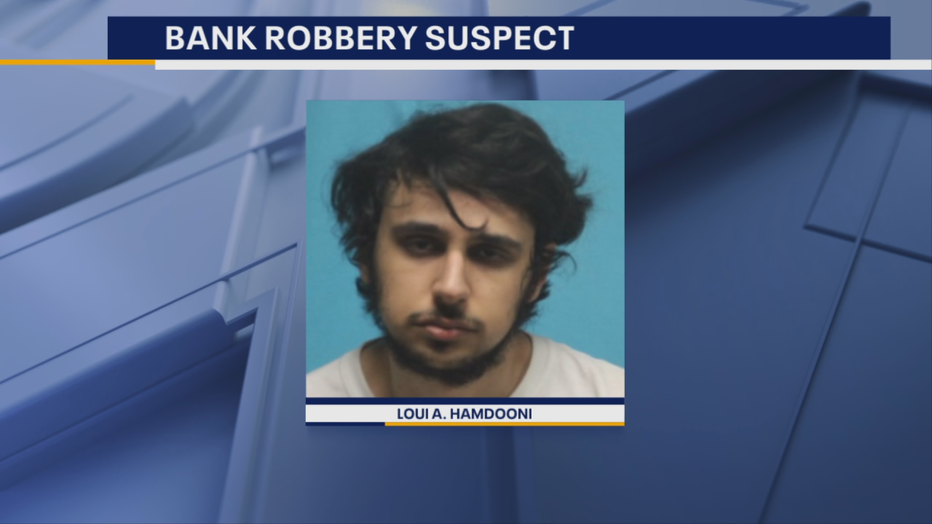 The 20-year-old was not hurt in the crash.

He is now charged with robbery and evading arrest.