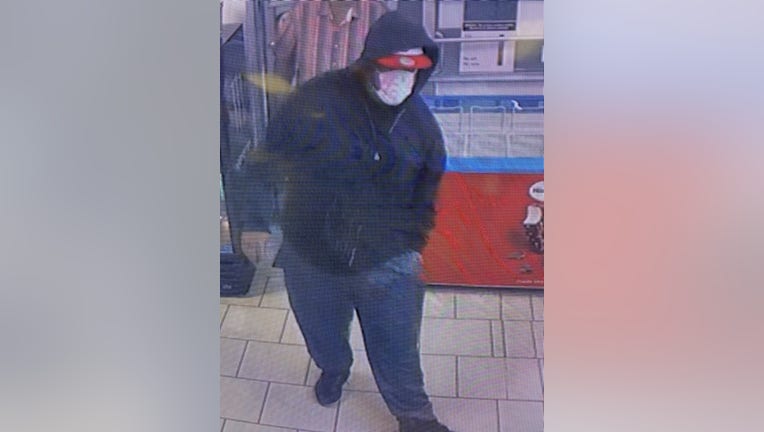 The Tarrant County Sheriff's Office is searching for the suspect in a fatal armed robbery.

FORT WORTH, Texas - The Tarrant County Sheriff’s Office is looking for a man who was wearing a surgical mask when he shot and killed a store employee Friday morning.

The robbery happened around 6 a.m. at the Super Big Country Mart on East FM 1187, south of Fort Worth.

The suspect walked into the store just after the employee had opened it up and pulled out a handgun. The sheriff’s office said he shot the employee and took off in the employee’s minivan with an undisclosed amount of cash.

The stolen minivan is described as a dark gray Toyota Sienna with the Texas license plate GPB0449.

A surveillance image shows the suspect wearing a surgical mask, blue hoodie, gray pants, black shoes, a white ball cap with a red bill and one glove. He’s described as having medium brown skin and a stocky build.

Anyone who recognizes him is asked to call the Tarrant County Sheriff’s Office at 817-884-1213.

The sheriff’s office is also looking for two other people who were in the area around the time of the murder. They are not suspects but may have information that can help lead investigators to the suspect. 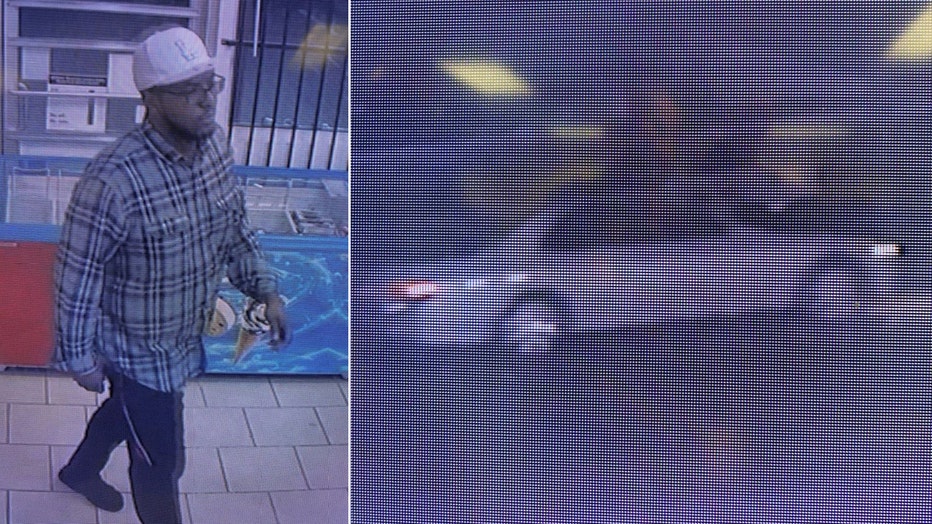 Investigators want to talk to this man who walked into the Super Big Country Mart a few minutes before the robbery. He is only considered a person of interest. 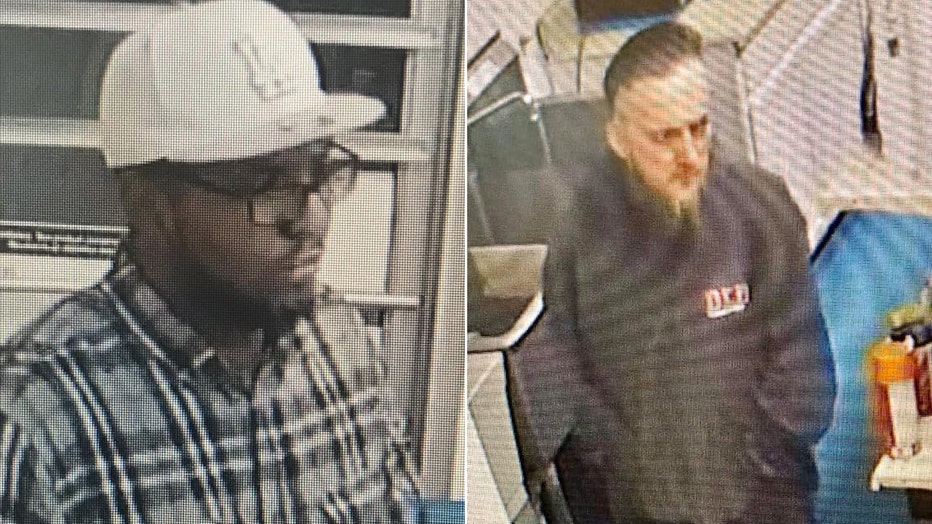 Law enforcement officials are looking for two people who were in the area around the time of the robbery. They could have information that helps solve the case.

The first person of interest is a man wearing a plaid shirt and white ball cap who walked into the store a few minutes before the robbery. He left in a white car. Another man wearing a gray hoodie with a graying goatee was at the scene around the time of the crime, the sheriff’s office said.