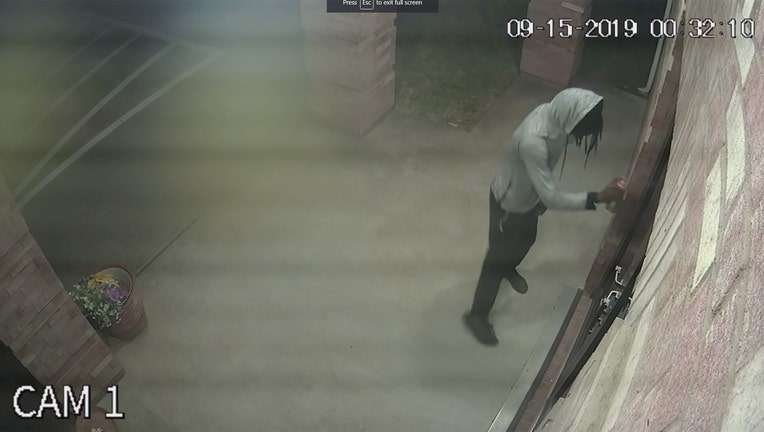 The churches in Southeast Oak Cliff were vandalized over the weekend by someone using red spray paint. The vandal wrote things like “lies,” “scam” and “not coming” in big letters on the buildings.

“Well, it’s not something I appreciated,” said Sr. Pastor Clarence Preston at Beth-Eden Baptist Church. “As a matter of fact it was very unappreciated.”

The graffiti at St. Luke Presbyterian Church down the street was visible to children walking home from school on Monday.

“This person is crying out for help. They’ve been hurt some way spiritually and the enemy is just trying to turn them away from what we know is the truth,” said Pastor Charles Etta Preston. 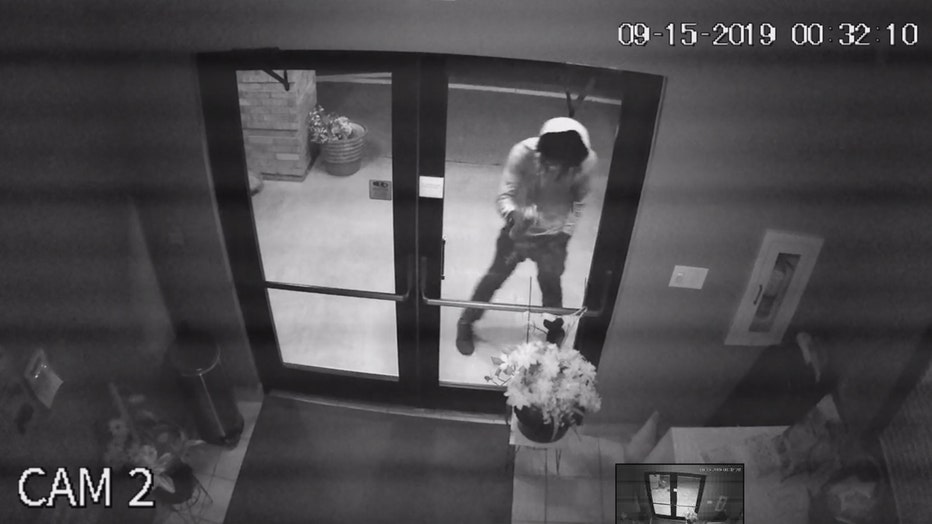 The vandalized churches are now working with the Dallas Police Department to find the suspect.

Security cameras at nearby St. Paul Lutheran Church captured video of a black male with dreadlocks spraying messages on a glass door. He was wearing dark-colored pants and a gray hoodie.

Anyone who recognizes the suspect or has information is asked to call Det. Merenda at 214-671-4569.