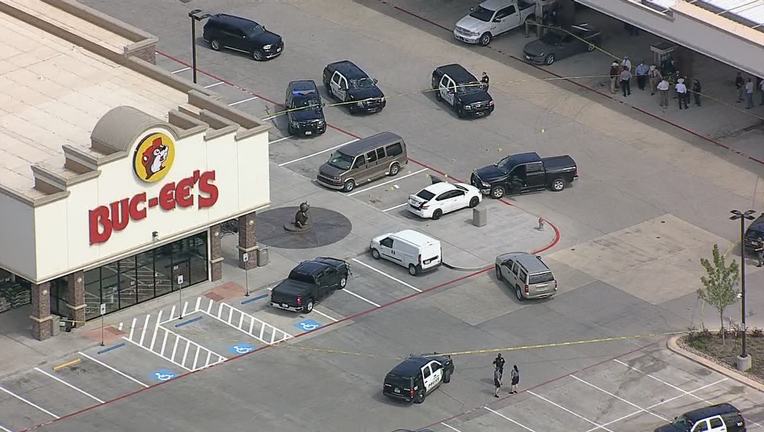 DENTON, Texas - A suspect was shot and killed by Denton County Sheriff's deputies after he pulled out a handgun outside Buc-ee's in Denton on Friday morning.

The shooting happened around 11 a.m. in the parking lot of the travel center along Interstate 35E, just south of Loop 288.

The suspect, Marlon Aaron Bonds, was wanted for shooting his at a Sam’s Club parking lot in Fort Worth on Thursday. Officials didn’t elaborate on the condition of the woman.

He was tracked down by Denton County deputies on Friday morning at the Buc-ee’s. Sheriff’s officials said they were surveilling Bonds when he got out of the vehicle and went to his trunk, so they decided to arrest him and blocked in his car so he couldn’t flee.

Officials said Bonds then went back into his car and pulled out a handgun. That’s when two deputies opened fire, striking him several times.

Bond was transported to a nearby hospital, where he was later pronounced dead.

Video from SKY 4 showed a dark-colored pickup truck nose to nose with a white car parked in front of Buc-ee's famous beaver statue. The entire area was blocked off by crime scene tape. About a dozen evidence markers were scattered around the vehicles.

No deputies or civilians were injured. 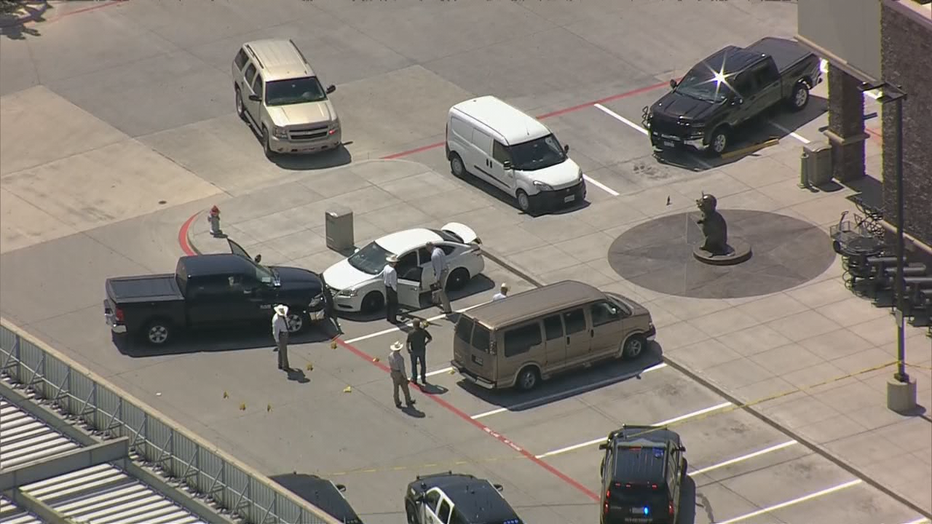