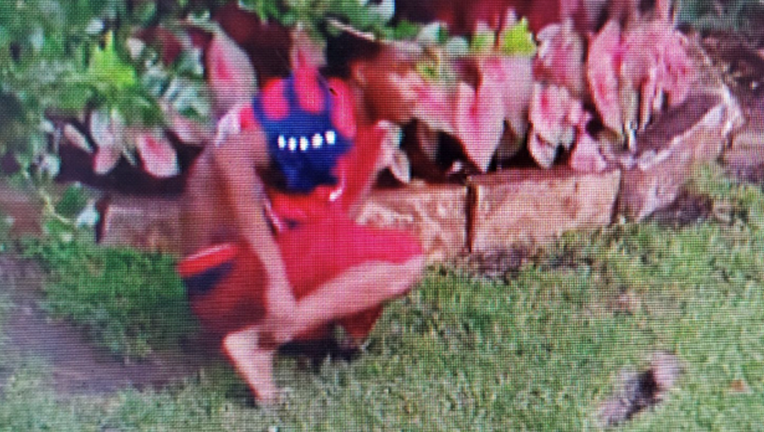 NORTH RICHLAND HILLS, Texas - Police in North Richland Hills are searching for a shooting suspect who got away after a police chase.

The North Richland Hills Police Department said officers were called to an apartment complex on Harwood Road near Boulevard 26 just before 3 a.m. Monday.

Witnesses reported seeing a man breaking into multiple vehicles. When he was interrupted, he reportedly fired several shots.

Responding officers spotted the suspect in a vehicle that was reported stolen in Keller. They tried to pull him over but he refused to stop.

The officers chased the suspect through Hurst, Colleyville, Bedford and then back into North Richland Hills, where they used spike strips.

The suspect finally lost control and crashed near Grove Street and Boulevard 26. He got away on foot, police said.

Police said the man was last seen in the area near Laura Street and Colorado Boulevard. Surveillance images show him wearing a red and blue striped shirt, red shorts and one red Fila high-top shoe. 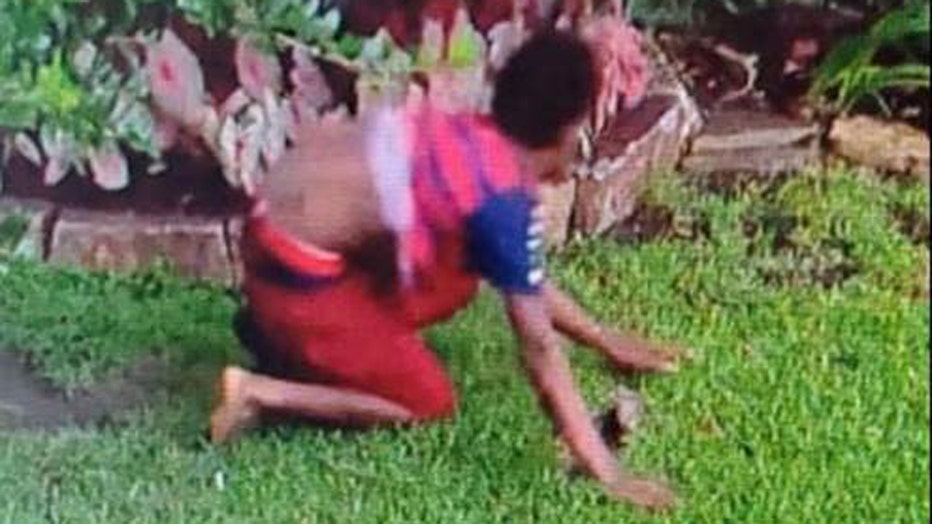 Anyone who spots him is asked to call 911 immediately.

He may be armed with a handgun, police said.