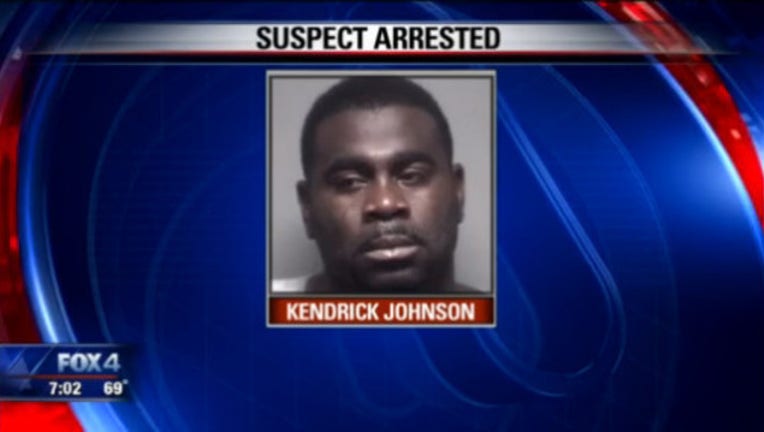 Grand Prairie - Police in Irving arrested a suspect believed to be involved in the hit-and-run accident that injured a five year old girl on Friday night.

Kendrick Johnson, 34, was arrested by Irving police on an unrelated charge.

Police said Johnson will be facing felony charges of Failure to Render Aid, as it relates to the hit-and-run accident on Friday.

The accident occurred about 8:30 P.M. in the Budget Suites parking lot at 2770 N. Highway 360 near Riverside Drive.

Polices said the girl was transported to Children’s Medical Center in Dallas with serious injuries, but expected to survive.