It was a rare occurrence and allowed law students and the public to witness the Texas Supreme Court in action. One case argued was an appeal in the ongoing family feud surrounding Billy Bob's Texas.

FORT WORTH, Texas - The state's high court left Austin and held its proceedings in Fort Worth on Thursday.

It was a rare occurrence and allowed law students and the public to witness the Texas Supreme Court in action. One case argued was an appeal in the ongoing family feud surrounding Billy Bob's Texas.

The high court mixed its official business with an opportunity to educate people on how it operates. Security was tight surrounding the nine supreme court justices.

In a living classroom for law students and the public, crowds showed up early and waited in long lines, with tight security to witness two hearings, including a messy feud over a famous Fort Worth honky-tonk.

Texas Supreme Court justices listened to attorneys argue the merits of an appeal in the dispute between the owners of Billy Bob's Texas. The long-running fight is a deadlock over how to run the world-famous nightclub.  Cameras were not allowed for the hearing itself. Each side had 20 minutes to make their case.

But in a more relaxed setting after hearing the oral arguments, the nine state supreme court justices returned to the room for a Q&A about the judicial process and why cases like this one are heard outside of Austin. 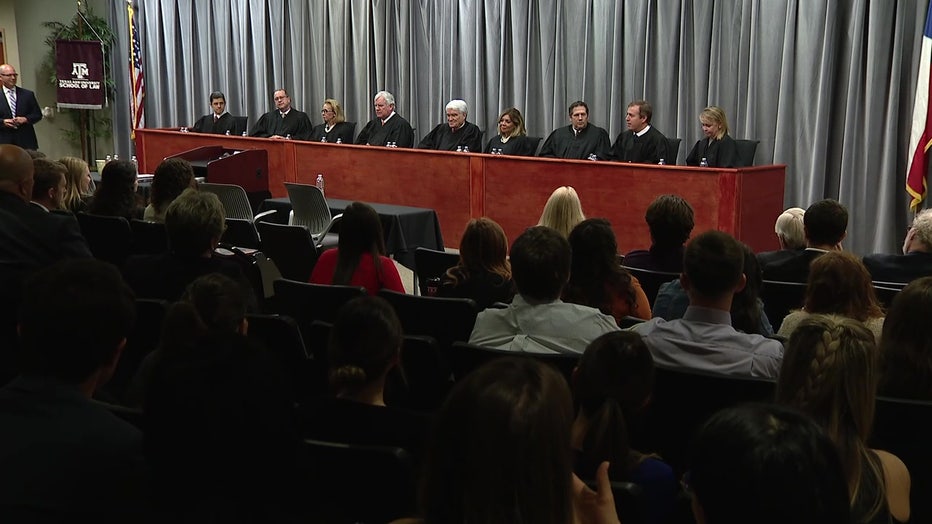 "We often look for cases that are from the area after we've decided where we're going,” explained Justice Brett Buzby. “If we have a case from that area, we'll set the argument in that area."

"The time, while short, is really a great way to focus and coalesce around what facets of this case are sticky and where do we need help from the lawyers in finding a rule of law and making a good decision,” said Justice Jane Bland.

"After all, we are the third branch of government,” Buzby said. “And we're elected by the people like the other branches, and we want them to feel a part of what we do."

The justices did not give a time frame as to when there would be a decision reached on Thursday's arguments, but they indicated it could come quickly.