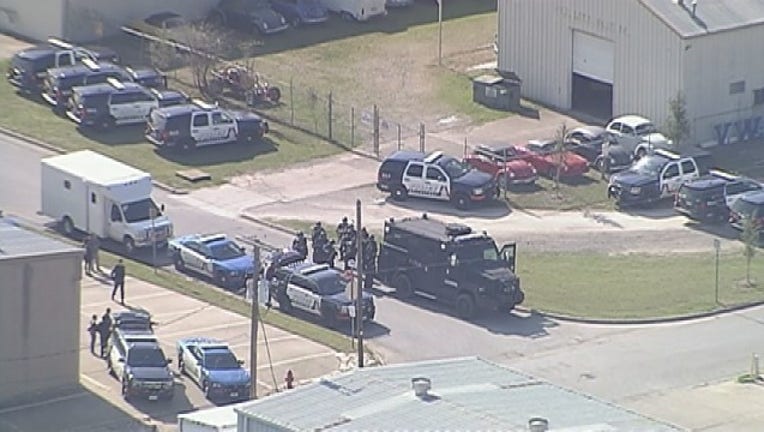 PANTEGO, Texas - SWAT officers were called to a warehouse in Pantego Wednesday because of a barricaded man.

Pantego officers responded to a business in the 3600 block of W. Pioneer Parkway, between Park Springs Boulevard and Smith Barry Road.

Arlington’s SWAT team joined in to try to convince the suspect to surrender. He is believed to be armed and suicidal, Harrison said.