The students at the University of Dallas campus in Rome, Italy are having to quarantine after about a third of its students and staff tested positive for COVID-19.

DALLAS - The students at the University of Dallas campus in Rome, Italy are having to quarantine after about a third of its students and staff tested positive for the coronavirus.

But the dean of the campus said the students have either no symptoms or very mild symptoms.

The dean of the University of Dallas campus in Rome said that unlike earlier this year, when they worked to quickly get students back to the U.S. in March, this time around, they believe it is safe to continue the acclaimed program.

“University has taken a great approach and divided our dormitory by floors, who is negative and who is positive,” said Patrick Hasson, who is one of the 78 University of Dallas students in quarantine at the school’s Rome campus.

Hasson tested negative, but 23 other students tested positive for COVID-19.

“Lucky enough to have four people in my living space, not total isolation,” Hasson said.

At the start of the semester last month, all the students tested negative.

They were tested again after a tour of southern Italy. 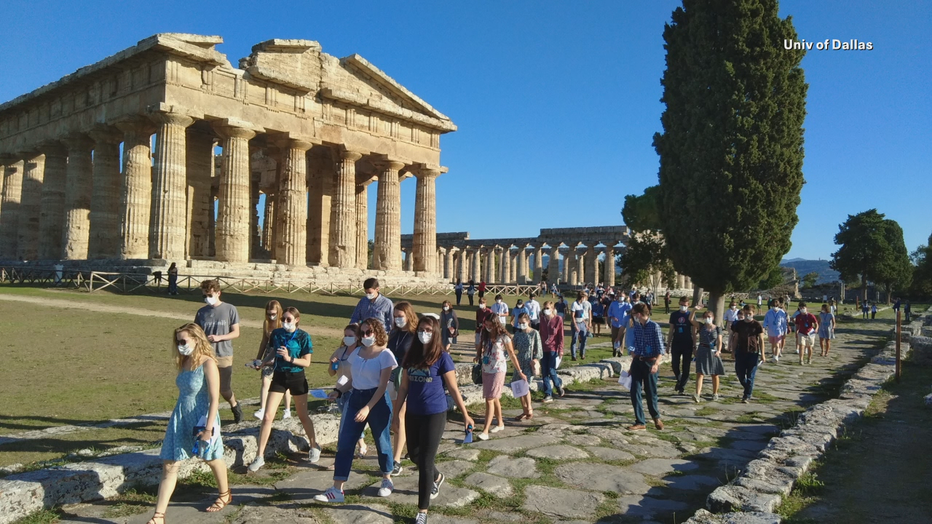 “It’s on return from that trip we get our first cases, boat home, people start losing sense of smell and taste, mild temperatures,” explained Peter Hatlie, dean of the University of Dallas’ Rome campus.

The current results actually came as a relief to Hatlie, after Italian officials originally somehow switched the negative results with the positives.

“We had a devastating day when we thought we had 70% of our students positive and 30% negative,” he said. “Now we know it is the exact opposite.”

Hatlie said they were suspicious of the original results when five students who previously had the virus, all supposedly tested positive again.

As for the students who actually are positive, Hatlie said they have few symptoms.

“Of students infected on our campus, 97% are asymptomatic, that is amazing,” Hatlie said.

Hasson said that despite the quarantine, he is still thankful to be studying in Rome.

“For a while, I was worried this would not even be possible, I would not switch out this semester for another one, I am grateful to be here,” he said.