Adamson High School was on lockdown for a time Wednesday morning after a 16-year-old student was shot near the campus in Oak Cliff.

DALLAS - Adamson High School was on lockdown for a time Wednesday morning after a 16-year-old student was shot near the campus in Oak Cliff.

The shooting happened as classes were starting for the day, at about 9:30 a.m., at the Apollo Apartments on East 9th Street, which is across the street from the high school.

Garcia Middle School was also placed on lockdown because of the shooting. 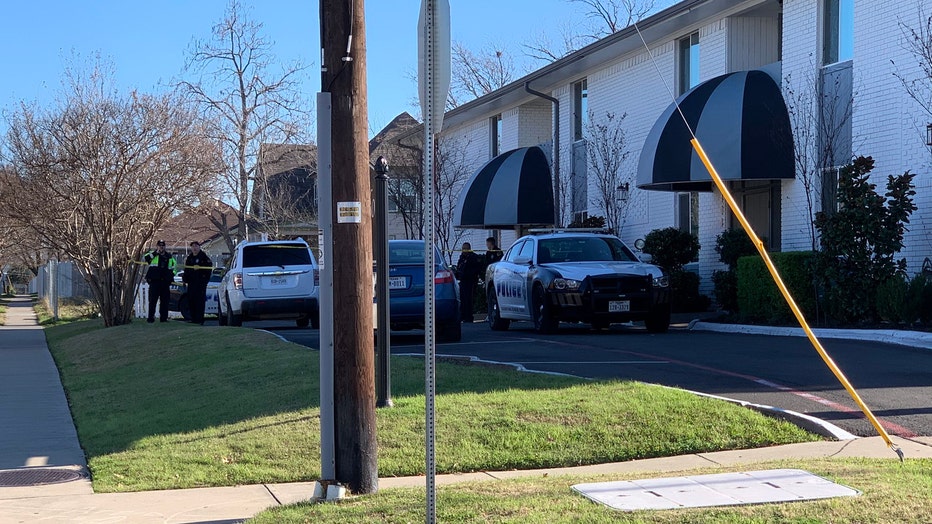 Two brothers who were having coffee together said they heard about five gunshots and then saw several teenagers running away from the scene.

The witnesses described seeing a young man who had been shot on the ground. He was taken to a hospital, and is in stable condition after getting out of surgery Wednesday afternoon. Police say the victim is a student at Adamson High, and was involved in some kind of fight before the shooting.

The shooter is still on the run.

Mike Smith said his neighborhood is usually a pretty quiet community. He is upset by all the recent violence in the city.

The morning routine was interrupted by gunshots Wednesday morning in Oak Cliff after witnesses said they heard several gunshots coming from the Apollo Apartments.

A few steps away from the apartment is Adamson High School.

The school was put on lockdown as Dallas police investigated.

The district said an Adamson student was shot multiple times, but is expected to recover.

“In a few minutes, cops come flying down the street, ambulance comes first. I see the guy on the ground over there, so we knew someone got shot,” Mike Smith added. 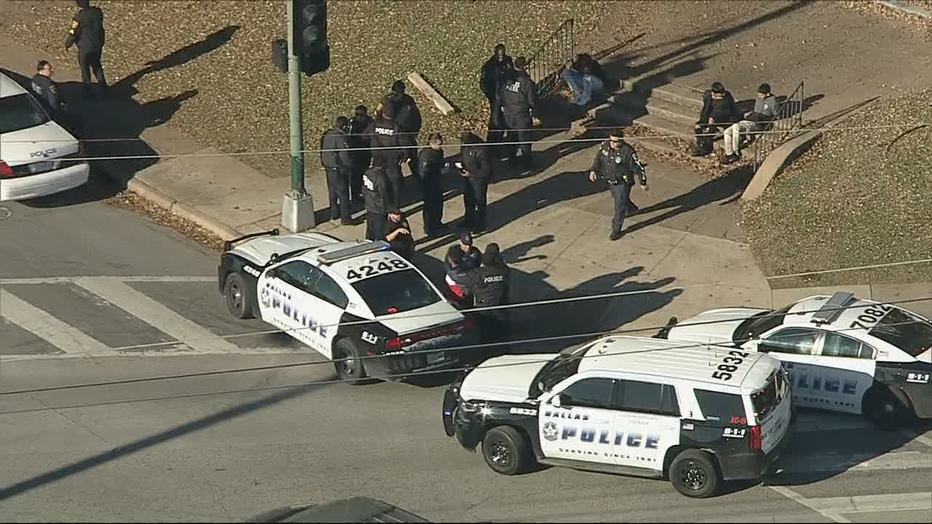 Officers could be seen picking up shell casings from the scene.

Police still don’t have a suspect or description of the shooter.

Some who live nearby said they are frustrated with the constant crime.

“It’s kind of disappointing because you expect something else going on when you hear gunshots, not kids outside,” Mike Smith said. “I don't know what's going on. It’s been kind of ugly. I really don't know. It's real ugly. It’s real ugly.”

Investigators went door to door asking neighbors if they had any home surveillance cameras.

There are two on the school building facing the street.

Dallas ISD sent a letter home to parents, in part asking them to keep guns and weapons “safely locked and away” from children."I was at work and I left work because they texted me saying the school was on lockdown because a kid got shot,” parent Adriana Gonzalez said.

She said that when she heard there was a shooting, nothing was going to stop her from getting to her kids.

"I left work. I don't even know if I have a job tomorrow, but I left work," she said.

Some students inside the school thought the lockdown was just a drill.

"I didn't think it was real because usually it's never real," Sydney Gonzalez said. "The teacher just turned out the lights and all I heard is that there was gunshots."

"I didn't know if it was serious or not," Stephanie Navarro added.

"It's crazy out here now, people shooting up everywhere you hear on the news," said Cristal Llamas, a sister of a student at Adamson.

Parents like Gonzalez aren't blaming the district, but instead, warning other parents.

"If you don't pay attention to your kids and you don't know what's going on with your kids, then things like this happen," Gonzalez said.

Anyone with information that can help in the investigation is asked to call police.